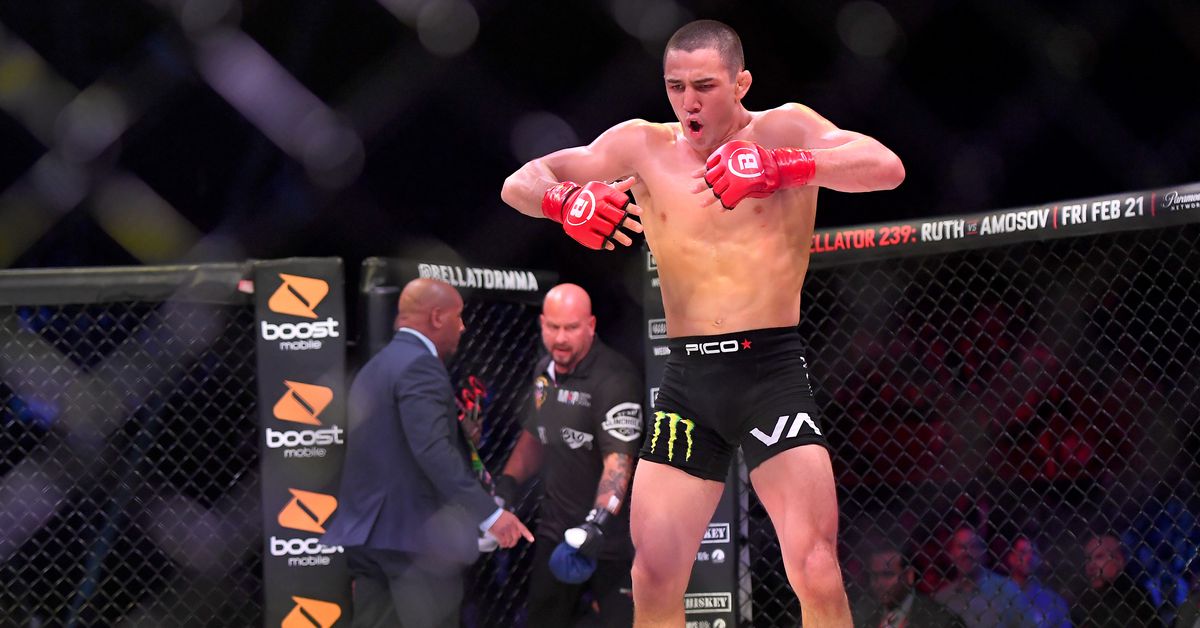 Aaron Pico will get another fight before the end of the year.

Multiple people with knowledge of the promotion’s plans confirmed to MMA Fighting that Pico will face Justin Gonzales at Bellator 271. The event takes place Nov. 12 at the Seminole Hard Rock Hotel & Casino in Hollywood, Fla. ESPN was first to report was in the works.

After a 2019 campaign where he was finished in both of his appearances, Pico has been on roll, picking up four straight finishes and doing so in dominant fashion. In his most recent appearance, the 25-year-old bulldozed a durable Aiden Lee en route to a third-round submission victory. The Jackson Wink MMA standout will make his second appearance of the year.

Gonzales has won all 12 of his professional appearances and, prior to signing with Bellator earlier in the year, was considered one of the best unsigned featherweight prospects in the sport. “J-Train” was victorious in his promotional debut where he picked up a split decision win over Tywan Claxton at June’s Bellator 260 event.

Bellator 271 is headlined by a featherweight title fight between Cris Cyborg and Sinead Kavanagh.