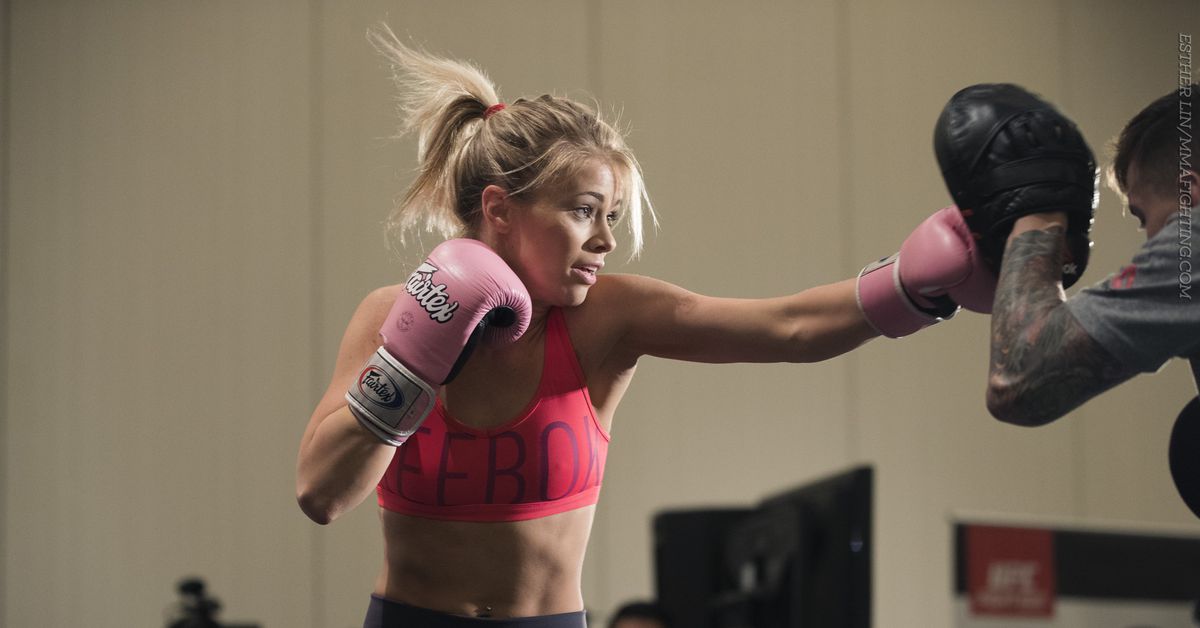 Paige VanZant didn’t have her hand raised in her bare-knuckle boxing debut, but she’s keeping her head high.

The former UFC star made her first appearance for Bare Knuckle Fighting Championship on Friday, losing a unanimous decision to Britain Hart in the main event of KnuckleMania. VanZant fell behind on the scorecards early, but surged in the final round. Still, it wasn’t enough to overcome Hart’s strong performance.

On Saturday, VanZant shared an Instagram post featuring herself and her husband, Bellator fighter Austin Vanderford, along with a defiant message.

“I love this man more then [sic] anything on earth,” VanZant wrote of Vanderford. “Thank you so much for constantly supporting me and reminding me who the f*ck I am.

“I am Paige Mother F*cking Vanzant. I don’t quit when sh*t get tough. I’m in this for the long haul and I don’t give a f*ck what any of you have to say about it.”

VanZant also posted a clip of her fight with Hart, accompanied by another statement in which she said she expected that she and Hart would “cross paths again.”

See the full statement below:

The greatest test of courage on earth is to bear our defeat without losing heart. Last night I told my husband I didn’t want to fight any more. But as soon as the words left my lips I knew that wasn’t true. I’m a fighter. This is what I live for. Losers quit when they fail, winners fail until they succeed. That fight last night was a good learning experience for me. The timing and distance took a little bit to figure out. But I felt my last round was my best round and I’m going to build off of that! I’m thankful to fight for the best team in the world and we are going to go back and fix our mistakes. Thank you to Britain for competing last night and congrats on victory! I’m also confident we will cross paths again.

VanZant faced much skepticism when it was announced that she would be entering the world of bare-knuckle boxing, with much of the criticism stemming from questions of how the damage from bare-knuckle fights might affect her marketability. The 26-year-old has experienced significant crossover success, having finished as a runner-up on ABC’s popular Dancing with the Stars reality show competition, among other entertainment ventures.

In an interview with MMA Fighting prior to Friday’s bout, VanZant dismissed such concerns and added “scars make you more attractive.”

See what else VanZant had to say after BKFC debut: