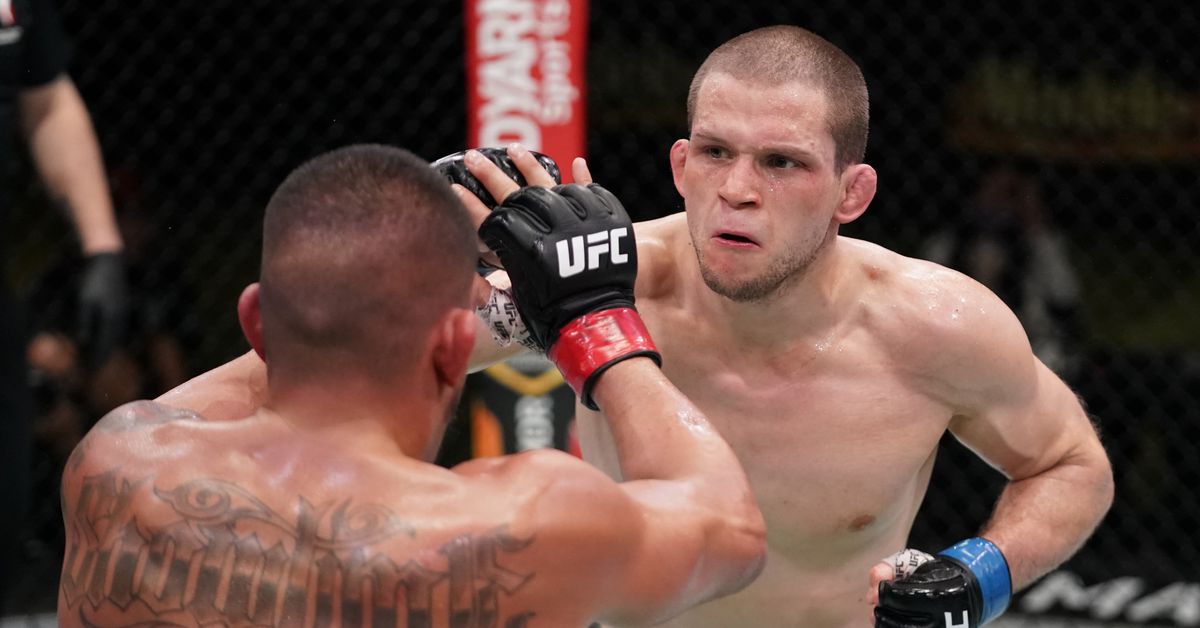 Welterweight veteran Alex Morono will step in on short notice to fight Donald Cerrone at UFC Vegas 26 after Diego Sanchez was released from the promotion.

Cerrone and Morono have verbally agreed to fight after Cerrone drove to Las Vegas this past week for the ESPN+ event on Saturday at UFC APEX, according to multiple people with knowledge of the matchup. Sanchez was removed from the Cerrone fight and released by the UFC this past Tuesday after he declined to certify he was suffering from no short- and long-term health issues, specifically those having to do with his neurological health.

Cerrone vs. Morono is expected to serve as the event’s co-headliner. The news was first reported by C. Contreras Legaspi. A promotion official also confirmed the news to MMA Fighting.

Morono most recently fought this past December, when he lost a unanimous decision to ex-lightweight champ Anthony Pettis, a two-time victor against Cerrone. Morono has bounced between wins and losses in his past four outings.

Cerrone, meanwhile, hasn’t been victorious in the UFC since May 2019, when he outpointed Al Iaquinta at UFC Ottawa. The perennial contender has fallen short of a victory in his past five outings, losing four straight before his most recent fight with Niko Price was declared a majority draw and then later overturned when Price tested positive for marijuana.

UFC Vegas 26 is expected to be headlined by a strawweight matchup between Marina Rodriguez and Michelle Waterson, though the promotion has yet to confirm the event’s full fight card.