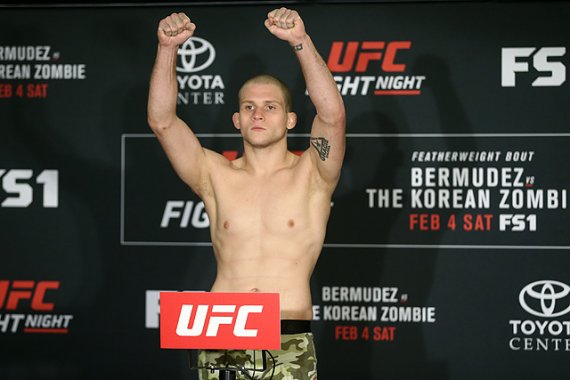 Donald
Cerrone has a new opponent at
UFC on ESPN 24.

After original foe Diego
Sanchez was
released from the roster, Alex Morono
has agreed to step in and face “Cowboy” in a welterweight bout on
Saturday night. Multiple outlets confirmed the pairing following an
initial report from C. Contreras Legaspi on Twitter.

UFC on ESPN 24 takes place at the UFC Apex in Las Vegas, and will
reportedly be headlined by a clash between Michelle
Waterson and Marina
Rodriguez, though that bout has not been formally
announced.

Morono has won four of his last six UFC appearances. Most recently,
the 30-year-old Fortis MMA product lost a decision to Anthony
Pettis at UFC Fight Night 183 on Dec. 19.

Cerrone is looking to get back on track after going winless in his
last five bouts. In his most recent outing, the BMF Ranch founder
battled Niko Price to
a draw at UFC Fight Night 178, but the result was later overturned
to a no contest after Price tested positive for marijuana.