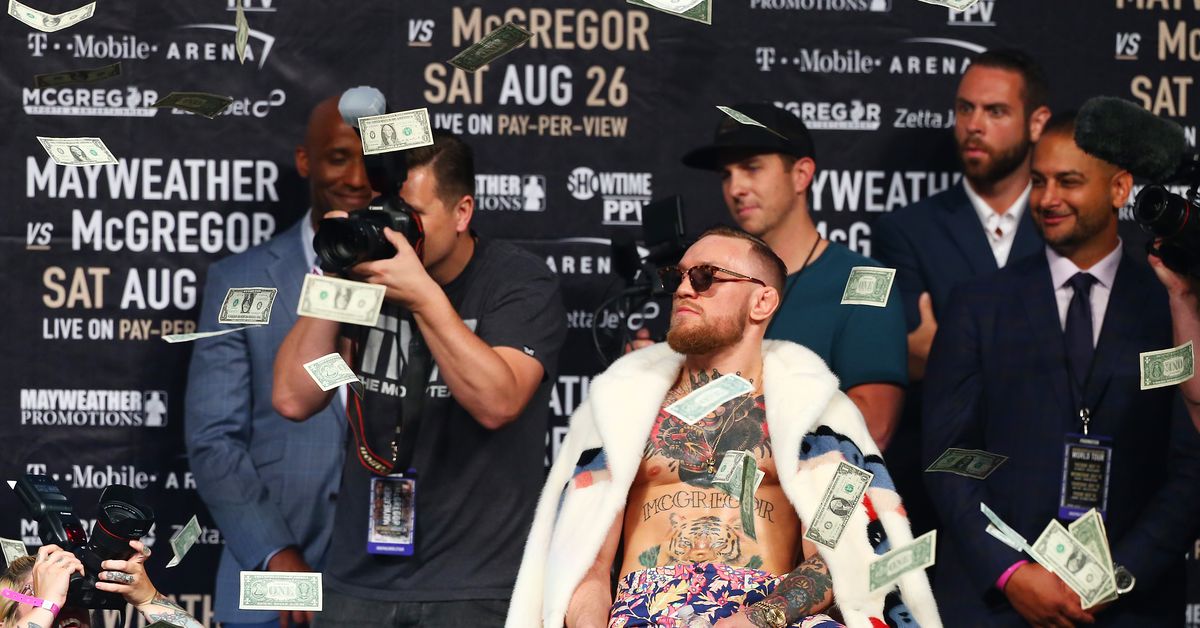 Opening odds on Conor McGregor vs. Anderson Silva are nearly as fantastical as the matchup.

Silva, 45, has dismissed questions of retirement despite a 1-6 record (with one no contest) in his past eight octagon bouts. In his most recent bout, he was stopped by first-round TKO when Jared Cannonier hobbled him with a leg kick. That followed a decision loss to current champ Israel Adesanya.

McGregor, a former featherweight and lightweight champion, is four months removed from a first-round TKO of Donald Cerrone in a return to welterweight. So far, he’s maxed out at 170 pounds in the octagon and has been called undersized by UFC President Dana White, who initially balked at a matchup against career welterweight Jorge Masvidal.

Whether it’s oddsmakers giving Silva the nod for his size or the striking skills that once ruled the octagon, it matters little. The likelihood of seeing “The Spider” in the octagon against McGregor, the UFC’s top draw, is extremely low. McGregor remains in pursuit of the lightweight belt he failed to win back against Khabib Nurmagomedov, but he’ll have to wait for a title unifier between the champ and new interim titleholder Justin Gaethje.