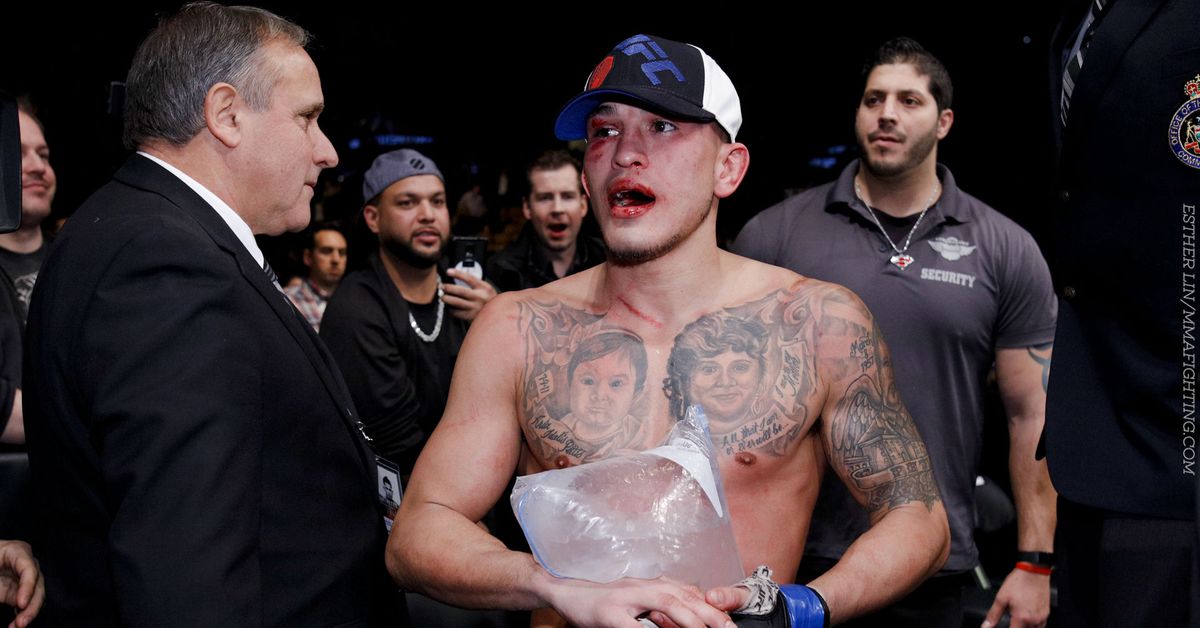 Former UFC lightweight champion Anthony Pettis claims the U.S. Anti-Doping Agency – and more specifically, its drug testing kit – is partly to blame for his loss against Nate Diaz at UFC 241.

Pettis, who’s scheduled to face Diego Ferreira on Saturday at UFC 246, plans to sue the anti-doping agency after he claims a bottle used to collect his fight-night drug sample cut his right hand, leaving him unable to perform to his capabilities.

”I had to fight compromised,” he said Monday on “Ariel Helwani’s MMA Show.” “I gave USADA a chance to make it right, but right now, we’re going through the court. I’ve got to sue them.”

Pettis has hired noted anti-doping attorney Howard Jacobs to represent him in court. Jacobs, who’s previously represented stars like Jon Jones and Brock Lesnar, told MMA Fighting no legal action has been filed yet against USADA.

Pettis said he decided to go the legal route after the anti-doping agency stopped responding to his team. A USADA rep declined comment on his interview on Monday. Andy Foster, who heads the California State Athletic Commission that regulated UFC 241, also declined comment.

Pettis said he suffered the cut backstage prior to the fight. As a result, he said he wasn’t able to warm up for the fight and fought Diaz like an “amateur.” He went on to lose via decision to Diaz. The cut wasn’t the only damage he suffered; he also broke his foot in the second round of the fight, though he managed to avoid surgery.

The ex-champ said his ordeal began when a USADA rep requested a drug test. When his first urine sample was too diluted, the result of recent rehydration, he said he waited over an hour to provide a second sample. That’s when the edge of the bottle cut his hand.

USADA and other regulators typically use a tamper-proof bottle made by Berlinger, which locks into place once it is screwed in.

Pettis said his longtime coach, Duke Roufus, saw the cut and “begging” him not to fight. Roufus told MMA Fighting he was in a “panic” and said the typically composed Pettis was not happy with USADA officials.

Despite the unfortunate surprise, Pettis said he didn’t want to lose the opportunity to face Diaz and believed the fight wouldn’t be stopped because of the cut. UFC reps then glued shut the gash and placed tape around the wound. The tape was then removed outside the cage to stay in compliance with the commission’s rules.

According to Pettis, the cut was serious enough to require stitches.

”I wish he wouldn’t have fought, because it showed in his performance, unfortunately,” Roufus told MMA Fighting. “Here’s the thing, when it happened, it affects you making a fist and also affects you grappling, because you need your thumb to grab things.”

Pettis said he’s disengaged from the lawsuit to prepare for his fight against Ferreira, but he plans to get involved after UFC 246.

“I don’t want this to happen to any other fighter,” he said. “I think something needs to change in the rules back there. We should be doing the piss test after we perform. If that would have happened … I would never have had to deal with a cut on my hand before my fight.”