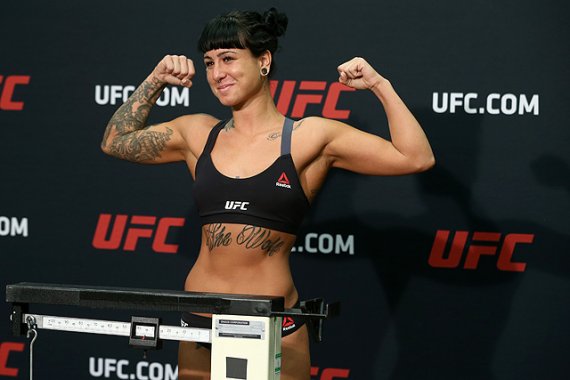 Multiple outlets have confirmed the pairing following an initial report from MMA journalist Jim Edwards. UFC London takes place at the O2 Arena on March 21 and does not currently have a main event.

Evans-Smith has lost three of her last four Octagon appearances, including a unanimous decision loss to Andrea Lee in her most recent outing at UFC on ESPN 1 on Feb. 17. The 33-year-old is 3-4 in the UFC and 6-4 as a professional overall.

McCann, meanwhile, has reeled off three consecutive victories after falling to Gillian Robertson in her promotional debut at UFC Fight Night 130. The Cage Warriors veteran is coming off a three-round verdict over Diana Belbita at UFC on ESPN 6 on Oct. 18. McCann is 10-2 since beginning her pro career in 2015.