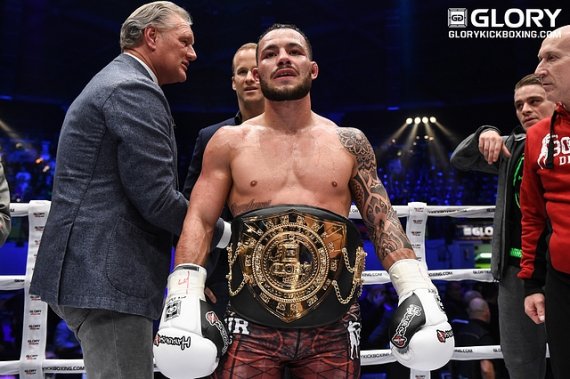 The GLORY family is heartbroken to learn of
Melissa Van Roosmalen’s passing and critical injuries sustained to
Robin Van Roosmalen in a car accident. We send our deepest
condolences to the Van Roosmalen family and their loved ones.
pic.twitter.com/A1SMuCLMh4

Robin
Van Roosmalen has been hospitalized with injuries suffered in a
serious car accident on Wednesday, according to a report from

Van Roosmalen and his sister, Melissa Van Roosmalen, were pulled
over in their car on the shoulder of the road in Nieuwegein,
Netherlands, when they were hit by a truck. Melissa Van Doormalen
died as a result of the crash, while Van Roosmalen remains
hospitalized. According to the report, the driver of the truck was
arrested.

Further details regarding Van Roosmalen’s condition are currently
unavailable. Both Bellator, where Roosmalen is currently under
contact, and Glory Kickboxing, where Van Roosmalen was once a
two-division champion, released statements of support for the
fighter and his family.

“We are deeply saddened to learn of the tragic accident involving
Robin
Van Roosmalen and his sister earlier today,” the Bellator
statement read. “Our thoughts are with Robin and his entire family
during this difficult time.”

“The GLORY family is heartbroken to learn of Melissa Van
Roosmalen’s passing and critical injuries sustained to Robin
Van Roosmalen in a car accident,” the Glory statement read. “We
send our deepest condolences to the Van Roosmalen family and their
loved ones.”

Van Roosmalen signed with Bellator to compete exclusively in MMA in
May 2019, with promotion president Scott Coker hinting at the
kickboxing star’s participation in the featherweight grand prix.
Though Van Roosmalen has yet to make his Bellator debut,
Sherdog.com confirmed with a promotion official that he remains
under contract with the California-based organization. His first
scheduled bout at Bellator 232 against Cris
Lencioni in October 2019 was scrapped after Van Roosmalen
missed weight, while a proposed clash with Nauzet
Trujillo at Bellator Milan this past October was nixed when he
tested positive for COVID-19.

Van Roosmalen was the first fighter two win two titles for Glory
Kickboxing, capturing crowns at featherweight and lightweight. He
announced at the end of 2018 that he would be transitioning to MMA
on a full-time basis. A black belt in judo, van Rossmalen has gone
2-0 in MMA, winning both of his bouts via technical knockout. The
29-year-old last competed in MMA in March 2017. He owns a 51-17-3
mark as a professional kickboxer.