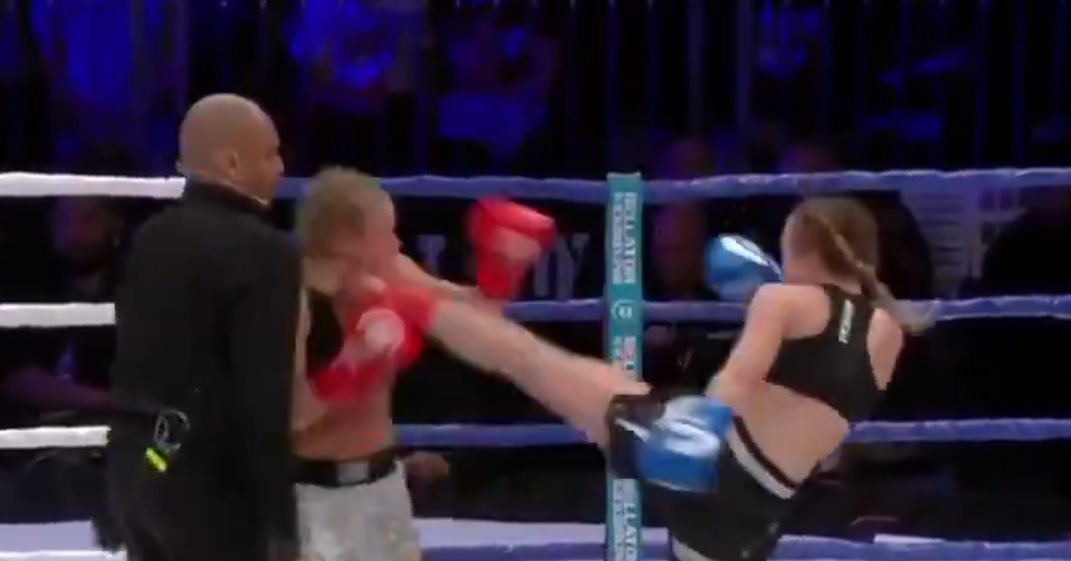 In a weekend packed to the brim with combat sports shows, Jade Jorand may have already locked up the best knockout of the bunch.

The 19-year-old Frenchwoman blasted veteran Silvia La Notte with a head kick early in the second round of their 110-pound catchweight contest at Bellator Kickboxing 12 on Saturday in Milan, Italy.

Following a clinch, La Notte appeared to let her guard down for a brief moment and Jorand did not hesitate, firing a high kick that landed flush on La Notte’s chin and put the Italian down for the count.

This was Jorand’s pro debut and you can watch her making an immediate impact on the Bellator kickboxing scene in the clip above.