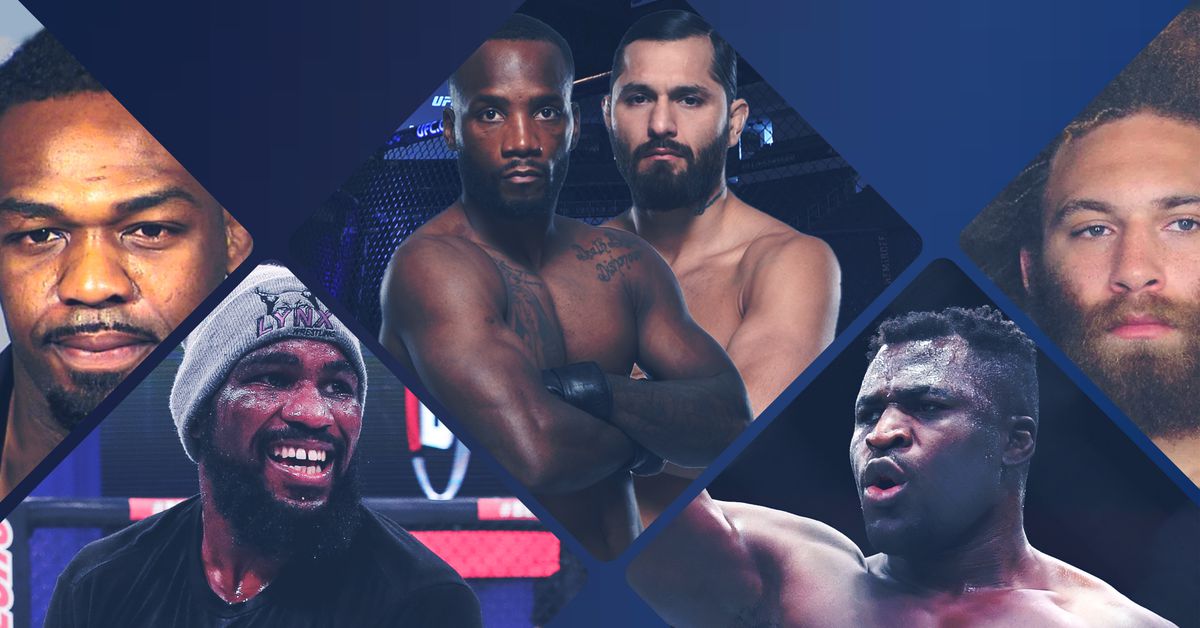 Between the Links returns ahead of an MMA doubleheader this weekend, featuring two of the biggest promotions in the sport.

Host Mike Heck is joined by MMA Fighting’s Damon Martin and singer-songwriter Nathan Williams from the band Wavves as they discuss the biggest stories of the week in the world of MMA.

This week, the panel discusses the UFC finally booking the Leon Edwards vs. Jorge Masvidal matchup at UFC 269 in December and what’s at stake for both guys, Luis Pena’s latest domestic violence arrest and subsequent release from the UFC while former light heavyweight champion Jon Jones still remains on the roster, Mike Winkeljohn announcing Jones currently not welcome at JacksonWink, the better card between UFC Vegas 40 and Bellator 268 this weekend, whether a Joanna Jędrzejczyk UFC return or Carla Esparza title fight will come first, Francis Ngannou’s broken silence, and more.

The podcast can be found below and on Apple Podcasts, Google Podcasts, Spotify, Stitcher, and YouTube.