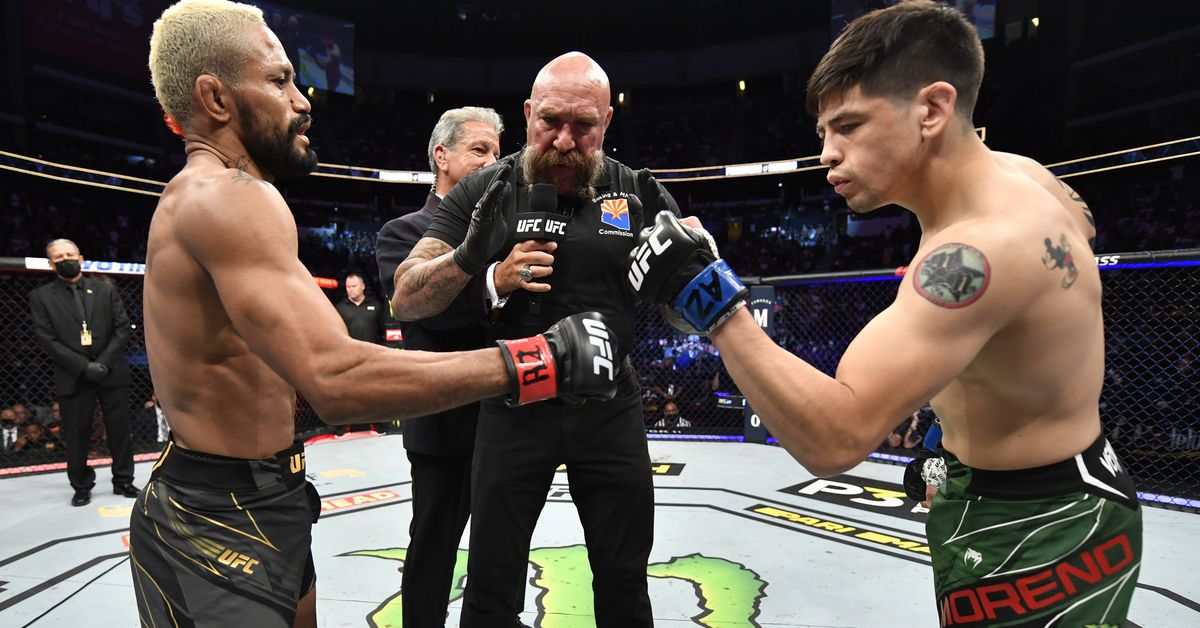 The flyweight title fight trilogy between Brandon Moreno and Deiveson Figueiredo is now official for the upcoming UFC 270 pay-per-view on Jan. 22.

The third fight between Moreno and Figueiredo will happen just over one year after their initial meeting went down in December 2020. On that night, the flyweights battled to a majority draw before being rebooked six months later at UFC 263.

In the rematch, Moreno dominated the fight before finishing Figueiredo with a rear-naked choke in the third round to become flyweight champion.

Now Moreno will look to defend his title for the first time while Figueiredo will attempt to become a two-time champion in the division.

While no location has been announced yet for UFC 270, multiple sources speaking to MMA Fighting have indicated that Anaheim, Calif. is currently the frontrunner to land the event but nothing has been cemented just yet.