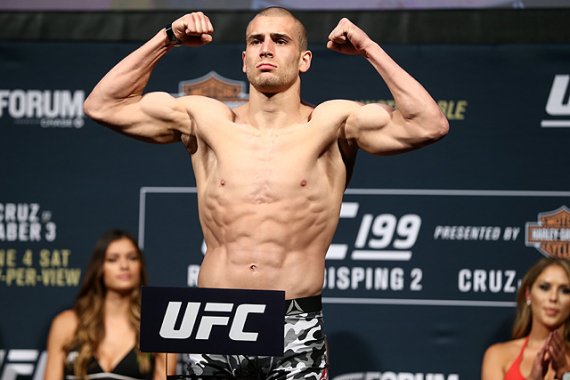 Two bouts have been announced for an upcoming UFC card on June 5,
as Tom
Breese will face Antonio
Arroyo at middleweight, while Makwan
Amirkhani will meet Nate
Landwehr at featherweight.

The promotion confirmed the pairings via social media on Tuesday.
The event is headlined by a heavyweight tilt between Jairzinho
Rozenstruik and Augusto
Sakai, but a location has not been revealed.

Breese has alternated wins and losses in his last six Octagon
appearances and is coming off a submission defeat at the hands of
Omari
Akhmedov at UFC on ESPN 20 on Jan. 20. After a pair of
victories on Dana White’s Contender Series, Arroyo has dropped
back-to-back decisions to Andre Muniz
and Deron Winn
in his first two promotional outings.

Amirkhani has lost two of his last three bouts, including a
unanimous decision defeat against Edson
Barboza in his last outing at UFC Fight Night 179 this past
October. Landwehr, a former M-1 Global champion, is 1-2 in his
first two UFC appearances and was knocked out by a Julian
Erosa flying knee in his most recent fight.