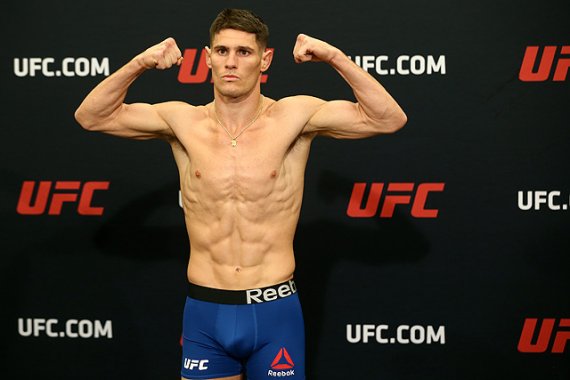 A featherweight contest pitting Bryce Mitchell against Charles Rosa has been targeted for UFC Fight Night 174 in Oklahoma City, Okla.

Multiple outlets have confirmed the bout following an initial report from BJPenn.com. UFC Fight Night 174 takes place at Chesapeake Energy Arena on May 2 and is headlined by a middleweight showdown between Jack Hermansson and Chris Weidman.

The 25-year-old Mitchell is unbeaten in 12 professional appearances, including a trio of fights in the UFC. Most recently, “Thug Nasty” used the rarely-seen Twister submission to defeat Matt Sayles at UFC on ESPN 7 on Dec. 7.

Rosa, meanwhile, has alternated wins and losses in his six Octagon outings. “Boston Strong” is coming off a first-round submission triumph against Manny Bermudez at UFC on ESPN 6 last October. The 33-year-old is 12-3 over the course of his career, with all but one of his victories coming inside the distance.