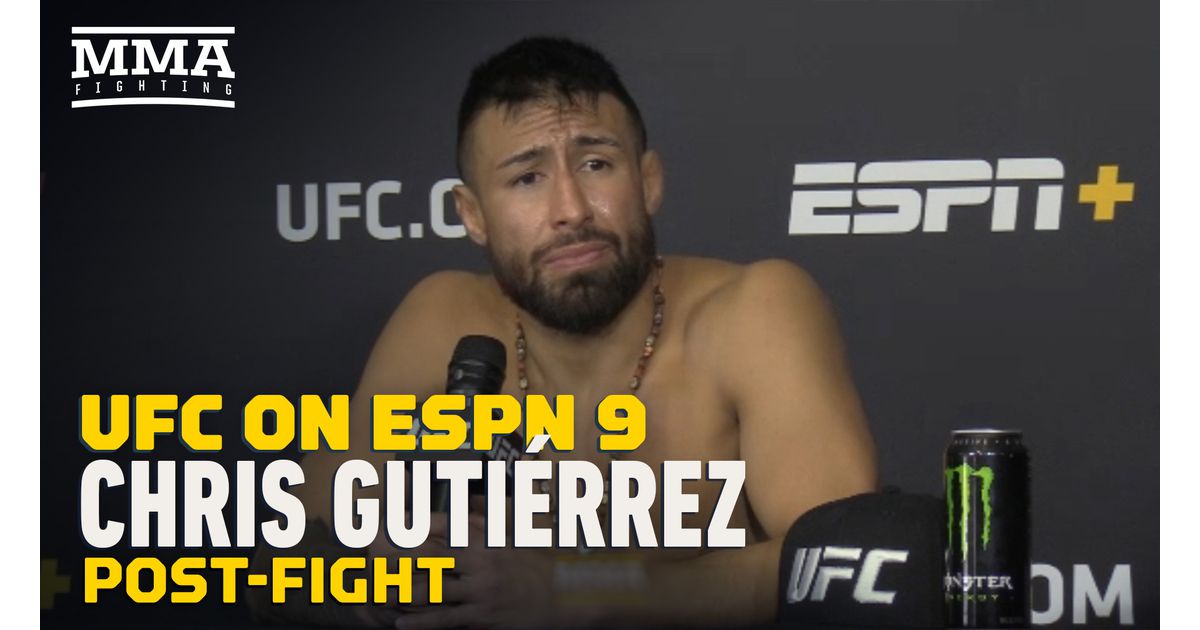 LAS VEGAS — Bantamweight Chris Gutierrez spoke with the media following his second-round TKO win over Vince Morales in a featherweight bout at UFC on ESPN 9. “El Guapo” discussed his overwhelming leg kick game, being part of the first fight in the UFC’s return to Las Vegas, wanting fights with Andre Ewell and Miles Johns, and what was said during a post-fight conversation with Michael Bisping.