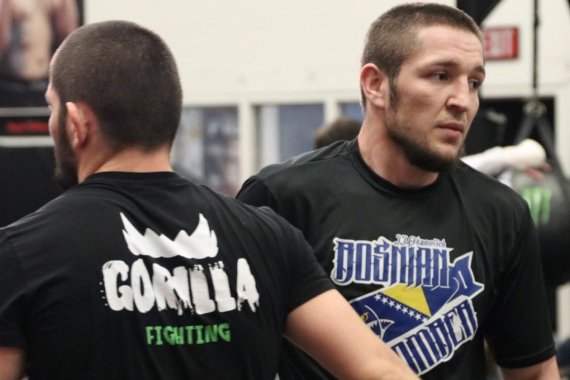 One Championship continues to expand its roster
with top Russian prospects.

On Tuesday, former Ultimate Fighting Championship 155-pound
titleholder Khabib
Nurmagomedov announced via Instagram that his 27-year-old
training partner, Saygid
Izagakhmaev, has been signed by One and would make his
promotional debut in December. The red-hot prospect is the latest
fighter from Dagestan to sign with One, following in the footsteps
of former featherweight kingpin Marat
Gafurov, Yusup
Saadulaev and Saygid
Guseyn Arslanaliev, among others.

Nurmagomedov wrote, “I want to share news with you guys, my brother
@saygid_izagakhmaev has signed a contract with @onechampionship and
his next fight will be on December. Thank you so much @yodchatri it
would be impossible without you, see you my Friend, it was nice to
meet you.”

At the moment of writing, One Championship has three events
scheduled for December. The first is “One X,” followed by “Winter
Warriors” and “Legacy,” which will go down on Dec. 5, Dec. 17 and
Dec. 31, respectively. Considering that COVID-19 cases are spiking
again in Singapore, that schedule might change, but fans can expect
Izagakhmaev to debut on one of those cards.