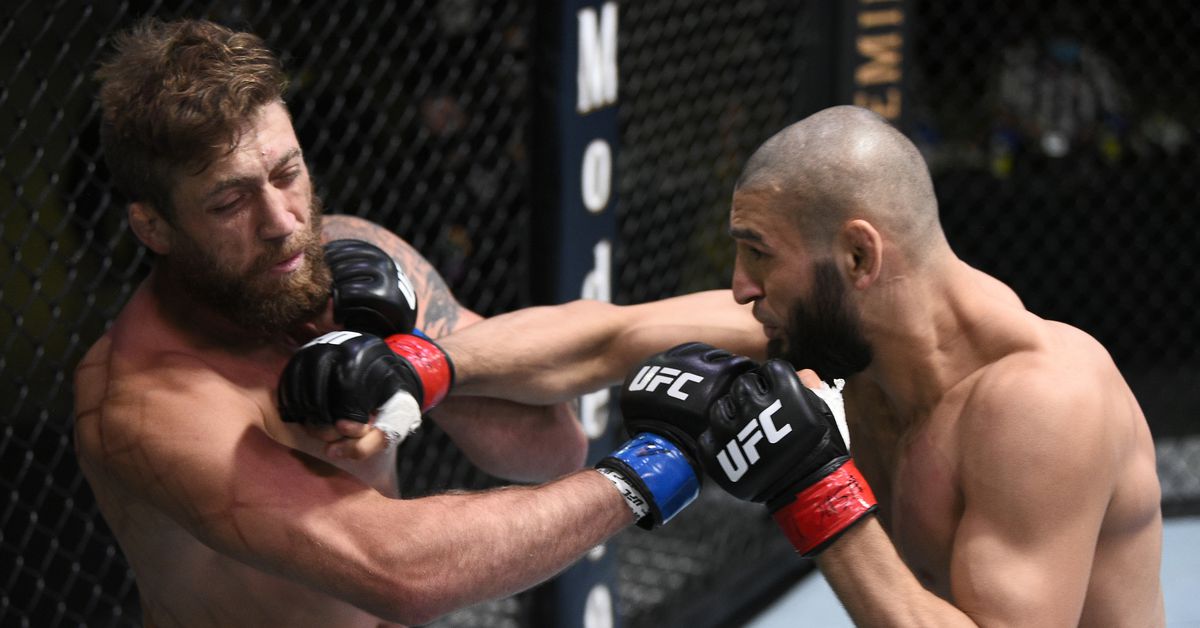 Khamzat Chimaev has been considered one of the UFC fastest rising stars since making his debut last year but now his future remains in question as he continues to deal with difficulties after contracting COVID-19.

The Chechen-born fighter was forced out of a pair of scheduled matchups against Leon Edwards after suffering from the effects of the coronavirus. He then posted an announcement to his Instagram earlier this week that appeared to hint at his retirement from the sport.

“Thank you all so much for supporting me in my journey in this sport. I think I’m done.” Chimaev wrote “it’s not the most important victory in this life. It may upset you, but my heart and body tell me everything.”

In the immediate aftermath of Chimaev’s announcement, UFC president Dana White threw cold water on the idea that the undefeated welterweight was actually planning to retire but his problems continue to persist as he attempts to train through treatment he’s receiving from doctors.

“I thought it was crazy,” White told Jim Rome on Thursday when reacting to Chimaev’s initial post. “We just talked to the guy. I just flew him out here to get looked at by doctors out here. The problem is the guy has no patience whatsoever. He wants to fight every weekend. He knows he has the abilities to be a world champion. He wants it now, he doesn’t want to wait.

“They had him on Prednisone, which is a nasty steroid to help his lungs recover and the guy’s going into the gym and training when he’s not supposed to be. He’s supposed to be relaxing. He’s supposed to get through this prescription then they’re going to find out how he looks and he wouldn’t wait. He just keeps on training. You can’t do that when you have what he’s got going on.”

White certainly admires Chimaev’s desire to compete again but unfortunately the damage done to his body from COVID-19 will require him to take a step back and allow doctors to diagnose the best course of action for him.

“It’s why we all love him and why the guy got over like a million followers in two weeks on social media,” White said. “You love guys like this. These are the type of guys that fans want to see fight and want to follow and get behind.

“But trying to contain and control this guy to do the right thing is absolutely impossible.”

After initially shutting down the retirement talk, White teased that Chimaev might compete again as early as June but now he doesn’t seem as certain about what the future holds for the 26-year-old fighter.

“To be honest with you, I have no idea what’s going to happen with him,” White said. “I don’t know.”

Chimaev remains in Las Vegas as he continues to seek treatment for the lingering issues he’s facing from the battle with COVID-19.