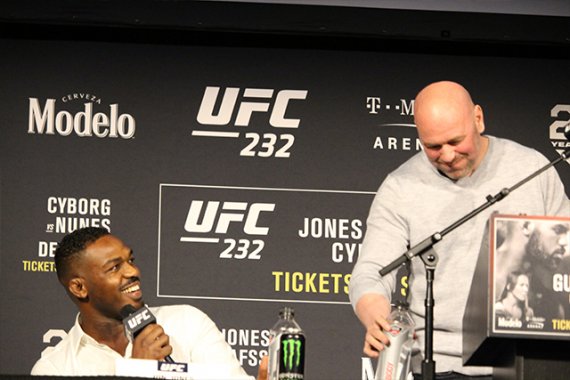 It doesn’t appear that the UFC is going to give in to Jon Jones
demands for a higher payday to accompany his move to
heavyweight.

Recently, UFC president Dana White proposed a matchup between Jones
and ex-champ Stipe
Miocic while Francis
Ngannou defends his crown in a rematch against Derrick
Lewis later this summer. Jones balked at that option in a
series of tweets he later deleted.

At Saturday’s UFC 262 post-fight press conference, White claimed
that Jones’ Octagon return is based primarily on the Jackson-Wink
MMA representative’s desire to compete. If Jones doesn’t agree to
the UFC’s terms, White made it sound like he’s at peace with the
former light heavyweight champ never returning to the Octagon.

“If Jon Jones wants to fight, he can. If he doesn’t, he doesn’t
have to. Nobody’s gonna force Jon Jones to fight. He’s had a great
run. He’s got an incredible legacy. I personally see him as the
GOAT right now. You’ve got guys that are nipping at his heels like
[Kamaru] Usman and some other guys out there. You know, it’s up to
him. He can fight this summer, or he can never fight again. I mean,
that’s up to him.”

White has repeatedly stated that he believes Jones’ legacy is
secure without a heavyweight championship, and he reiterated that
claim on Saturday night.

“I mean, he could do it,” White said. “That’s like (Tom) Brady
going out and winning another Super Bowl with the Bucs. Obviously
going up to heavyweight, it would be tough to argue – if he wins
the title – that he’s not the GOAT. But right here, right now, he
could retire, and I still consider him the GOAT right now until
somebody else accomplishes what he has.”