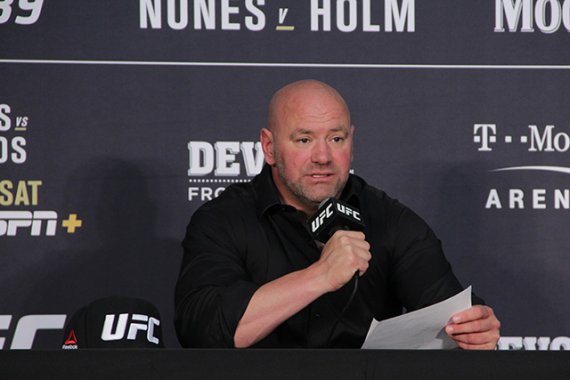 Spencer
Fisher will never be the same following a 33-fight MMA career
that included 17 bouts in the Ultimate Fighting Championship.

In a heart-wrenching feature on
MMAFighting.com, Fisher revealed that he suffered severe brain
trauma as a result of fighting and has been battling numerous
symptoms that hinder him in daily activities. Fisher, who was
forced to retire when diagnosed with brain lesions that signaled
the onset of chronic traumatic encephalopathy (CTE), has dealt with
issues such as memory loss, dizziness, vertigo and depression while
struggling to hold a regular job since the conclusion of his UFC
tenure.

UFC officials did not comment for the feature on Fisher, but Dana
White did address the ex-fighter’s condition when speaking with

MMAjunkie.com on Wednesday. White said that the promotion is
working to study athlete brain health through its
collaborative venture with the Cleveland Clinic, and the UFC
also recently donated $1 million to the Lou Ruvo Center for Brain
Health in Las Vegas. However, White added that head trauma is
unavoidable in a sport as violent as MMA.

“Listen, we’re all learning every day about the brain injury
stuff,” White said. “We’ve been investing in this [Lou] Ruvo Center
to try to figure out more. We’re now interested [about] this thing
just came out on ‘Real Sports’ about psychedelics, and we’ve
actually reached out to the Johns Hopkins guys, and we’re diving
into that.

“But listen, [Fisher]’s not the first, and he’s definitely not
going to be the last. This is a contact sport, and everybody who’s
ever done this [while] younger, myself included, is dealing with
brain issues. It’s just part of the gig.”