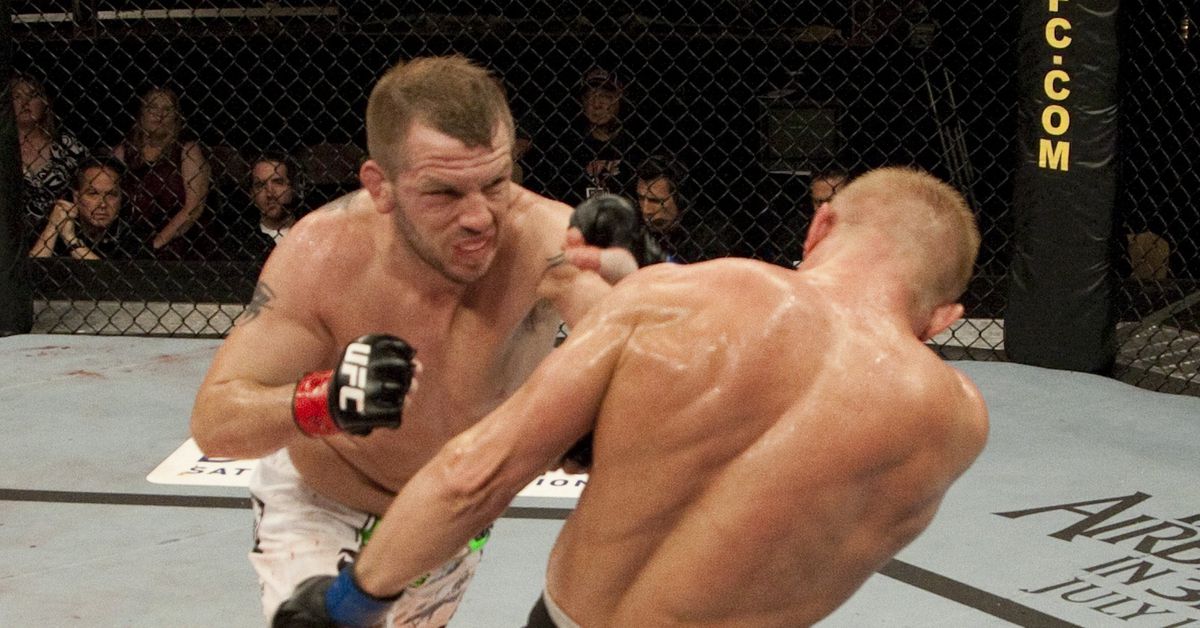 Spencer Fisher opened a lot of eyes with revelations about the dramatic ways his life has changed while dealing with severe brain trauma suffered after spending years battling with the best fighters in the world.

The former UFC lightweight, who was forced to retire in 2013 after lesions on his brain were discovered during a pre-fight medical scan, continues to deal with a multitude of symptoms that hamper him in his day-to-day life while trying to earn a living for his family.

From memory loss to depression and a multitude of cognitive issues, Fisher’s life has forever been changed by his fight career.

The startling details were shocking to many but UFC president Dana White seemed less surprised when asked about Fisher ahead of the upcoming UFC Fight Island 7 card in Abu Dhabi.

“Listen, we’re all learning everyday about the brain injury stuff,” White told MMA Junkie. “We’ve been invested in this [Lou] Ruvo Center [at the Cleveland Clinic] to try and figure out more. We’re now interested in this thing just came out on Real Sports about psychedelics and we’ve actually reached out to the Johns Hopkins guys and we’re diving into that.

“But listen, he’s not the first and he’s definitely not going to be the last. This is a contact sport and anybody who’s done this younger, myself included, is dealing with brain issues. It’s part of the gig.”

Just recently, the UFC upped their commitment to the Cleveland Clinic as work continues to better understand traumatic brain injuries suffered by athletes. White also mentioned the work being done at Johns Hopkins and other medical clinics to explore the effects of psychedelic drugs like magic mushrooms on brain trauma.

Ex-UFC fighters Ian McCall and Dean Lister both spoke out recently about the improvements they’ve made after experimenting with psychedelic drugs as a way to treat trauma suffered during their respective fight careers.

Of course “part of the gig” and the studies being funded to better understand brain trauma doesn’t help with Fisher’s long term health or the costs of the care he obviously requires to deal with the brain trauma suffered during his career.

UFC welterweight Matt Brown also sympathized with Fisher’s condition, especially after he’s personally faced some of those same symptoms during his career.

“That’s a real thing,” Brown said on Wednesday at UFC Fight Island 7 media day. “I’ve suffered some of those same things. I know Spencer well. We trained together back in the day. A lot of those issues are very possible and that’s probably the big thing that I would put into my mind. You’ve got to think about those things. I’ve been very fortunate. I don’t know how I’ve done it because I’ve had tons and tons of gym wars and of course wars inside the cage, too. I would definitely think about that a lot more.

“Cause I know Spencer, he’s a friend. I guess I never really talked to him about that kind of stuff even though I knew he was kind of struggling with it. I didn’t realize how deep it really was.”

While the court system may eventually have to decide whether or not the UFC is culpable with brain injuries suffered by fighters who have competed in the octagon, Brown believes there is definitely a responsibility beyond just the organization where the athletes call home.

He actually looks at the coaches involved in combat sports as a group that should take a bigger ownership stake because for many fighters the damage done during a career actually starts in the gym.

“Coaches definitely should,” Brown said. “Fighters are what they are, you don’t want that to be in your head, also. I almost didn’t want to read the article because you don’t want to think about that stuff. You know it’s a risk you take but coaches, that’s their job.