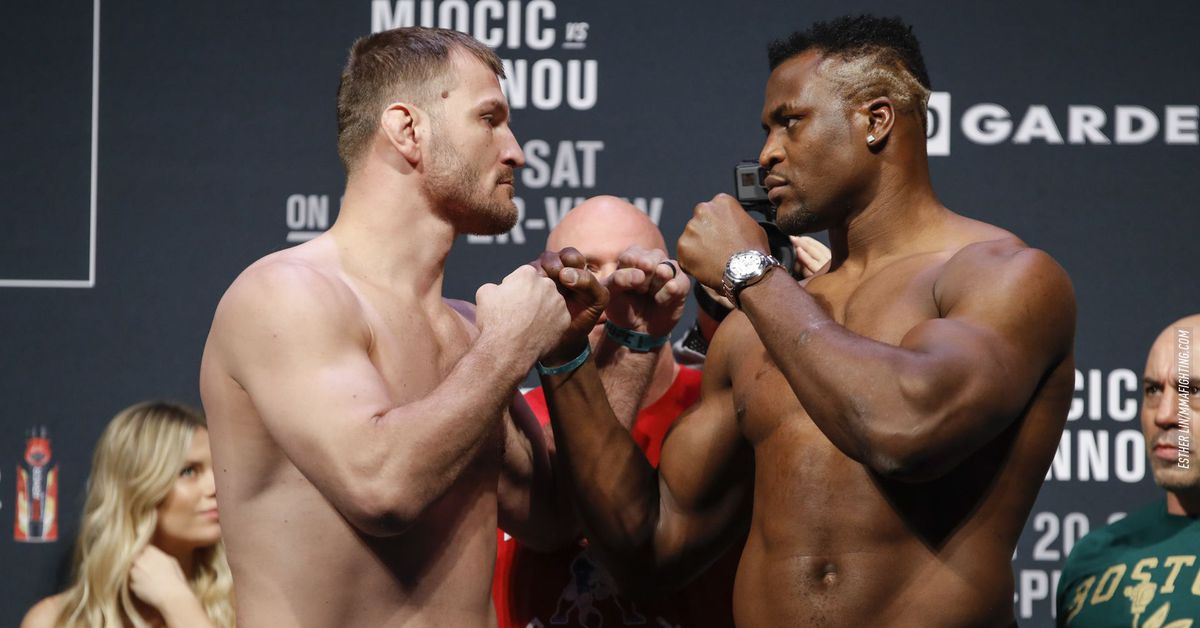 Francis Ngannou might finally be getting another shot at Stipe Miocic.

At the UFC Fight Island 7 post-fight press conference, UFC President Dana White answered in the affirmative when asked if Miocic vs. Ngannou 2 was to be the main event of UFC 260, which is expected to take place on March 27.

The bout has definitely been in the works for the March pay-per-view for some time with both sides in talks with the UFC to finalize the fight, according to sources speaking to MMA Fighting.

The March date was first reported by podcaster The MMA Dude.

Should Miocic and Ngannou 2 become official, it will headline a card that already features another recently reported title fight, the featherweight clash between champion Alexander Volkanovski and Brian Ortega.

Miocic and Ngannou first fought at UFC 220 on Jan. 20, 2018, in Boston. The defending champion used his wrestling to snuff out the explosive offense of Ngannou and take a commanding decision win. Ngannou lost a listless decision to Derrick Lewis in his next outing, but has since rebounded with four straight first-round KOs, none of which took longer than 71 seconds.

In 2020, Miocic defended his title just once, closing out his trilogy with Daniel Cormier by winning a unanimous decision to take two out of the three fights in the series. He has successfully defended the heavyweight title four times across two reigns.