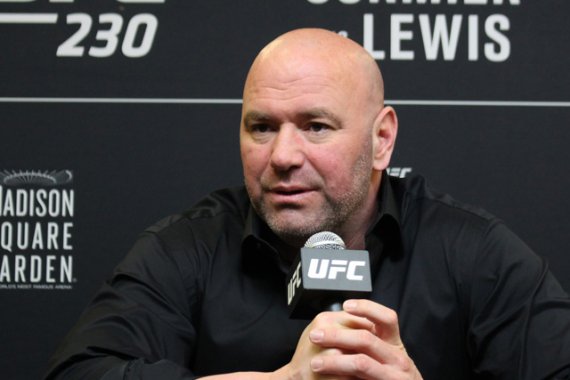 There’s still a few days left before Saturday, but
UFC 254 is already generating a lot of interest.

“This thing’s trending off the charts for us right now,” UFC
president Dana White told TMZ Sports. “It’s the end of Tuesday
going into Wednesday…On Monday, this thing was trending to be the
biggest fight we’ve ever had. Not Thursday, not Friday —
Monday.”

UFC 254 takes place at the Flash Forum in Abu Dhabi on Saturday and
is headlined by a highly-anticipated lightweight title unification
bout between Khabib
Nurmagomedov and Justin
Gaethje. Nurmagomedov’s victory over Conor
McGregor at UFC 229 in October 2018 holds the pay-per-view
record, with a reported 2.4 million buys.

However, even White admitted that things could change by the
weekend, and sales could be affected by the fact that the main card
begins at 2 p.m. ET/11 a.m. PT in the United States.

“It’s trending bigger than that [UFC 229] right now,” White said.
“Will the trend hold? One of the things that is a big negative for
us is it is not in primetime at home. It is hard to message that to
people. This thing starts in the afternoon.”

Also generating buzz this week is Nurmagomedov’s interest in a
showdown with former welterweight and middleweight champion
Georges
St. Pierre if he defeats Gaethje. A lot has to happen before
Nurmagomedov vs. GSP becomes a reality, and it’s a matchup that has
fallen through in the past.

“I’d be interested in talking about it,” White said. “Just because
that’s what Khabib wants doesn’t mean that fight can be made. I
mean there’s just so many things that have to come into play for
that fight to happen.”