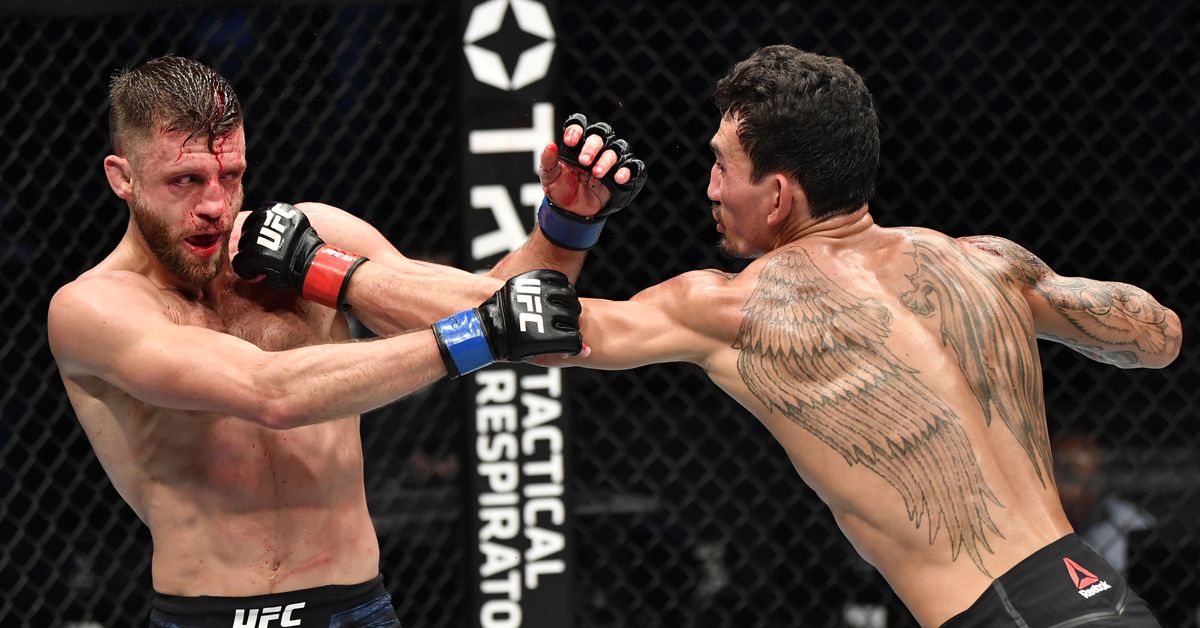 Toughness and durability are revered attributes in combat sports but that ability also comes at a cost.

On Saturday in the UFC Fight Island 7 main event, Calvin Kattar displayed all of that and more as he gutted out a five round battle against Max Holloway while absorbing a jaw-dropping 445 significant strikes over 25 minutes.

The fourth round in particular became hard to watch at moments as Holloway was just blasting away at Kattar, who refused to go down while eating a blistering series of punches, kicks and elbows from the former featherweight champion.

Even UFC president Dana White got flustered while watching cage side as Kattar was trapped against the fence while Holloway just unloaded on him with a series of devastating combinations that probably would have finished most featherweights. In fact, White actually made his way over to Kattar’s corner to talk to them as the fight was coming to an end.

“I thought the fight should have been stopped in the fourth round,” White said on Saturday night. “I was freaking out a little bit. I said [to his coaches] he’s not going to stop and talk to anybody. We’re going to take him straight to the ambulance and send him to the hospital.

“Then I went over to him and I said ‘you’re so tough, what an unbelievable performance’ and he said ‘that’s not what I want to be known for.’ He goes ‘but I’m not going to back down to anybody’ and I said we’re going to send you straight to the hospital right now. I don’t want you talking to anybody or doing anything. He started laughing and thought that was funny. He’s in good spirits, his head is clear.”

There were several moments during the fourth round in particular where the commentary team working the UFC broadcast called for the fight to be stopped but Kattar refused to give up while somehow always finding a way to survive.

Referee Herb Dean kept a close eye on the action as he witnessed Kattar display incredible heart to endure some of those combinations unleashed by Holloway throughout the fight.

“I’m not the ref,” White said. “Herb Dean tonight was the guy who makes that decision. I thought it should have been stopped in the fourth round. I hate to see a kid continue to take punishment like that. But he seems to be OK, and as long as he’s OK, that’s the ref’s job, not mine.”

For all the strikes that Kattar absorbed over five rounds, White admitted that speaking to the New England native following the event helped to calm his nerves regarding the decision to allow him to continue fighting until the end.

“Our interaction made me feel better,” White said. “All’s good and everything I’m hearing is good so far. Those kinds of fights freak me out.

“He was completely coherent, clear, speaking perfectly. But we got him right in an ambulance and have him going to get checked out.”