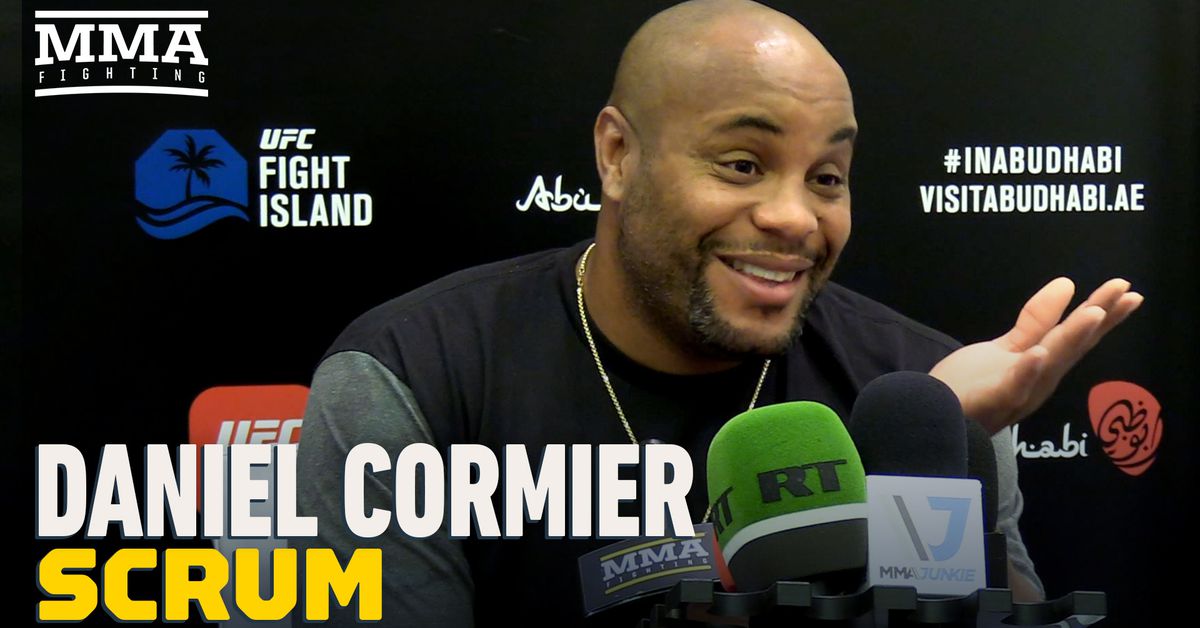 The previously unbeaten “Borrachinha” suffered a crushing defeat in his title fight against UFC champion Israel Adesanya, not only failing to make it out of the second round but also ending up on the receiving end of Adesanya’s controversial post-fight celebration.

Given how heated the feud was between Adesanya and Costa, the outcome was understandably difficult for Costa to accept and he has already called for an immediate rematch with “The Last Stylebender.” Speaking to the media in Abu Dhabi on Tuesday, Cormier expressed confusion at Costa’s attitude and advised both men to step away from the situation for now.

“Leave the dude alone. You put pictures on the internet of the guy, kick him when he’s down. It’s a different world these guys are operating in today, man. Usually you win and you kind of move on, but man, for days, I started feeling bad for Paulo Costa. And then when he started responding it actually got worse. Come on, man, just take your licks and just don’t even say anything.”

Should Adesanya not meet light heavyweight great Jon Jones in a superfight anytime soon, Cormier would like to see Adesanya make his way through the current crop of middleweight contenders, which includes Jared Cannonier, Darren Till, Jack Hermansson, and Uriah Hall as well as possible rematches with Robert Whittaker and Yoel Romero. Cormier is impressed with the undefeated Adesanya’s dominance and how much he can still improve.

As for the celebration, which saw Adesanya pretend to “dry hump” Costa and then simulate ejaculating in the direction of Costa’s cornermen, Cormier was nearly at a loss for words when asked for his thoughts on it.

“Here’s the thing though, people make comments about him and they make these references about his personal life, which—and don’t think that I’m implying anything because I don’t want these dude’s mad at me—then he plays into it. A lot of the time when people say stuff about you, if you play into it, it makes them shut up. I think Izzy did that to Paulo. But I mean that’s as disrespectful as it gets. That’s why I say leave him alone, man. Dude’s dead. Leave him alone. He can’t do anything more to him. Leave him alone, bro, come on, man. Leave this guy alone, man.

“And I like Paulo Costa too. I felt bad for him, I felt really bad for him, because he didn’t deserve to get it like that. That was awful.”