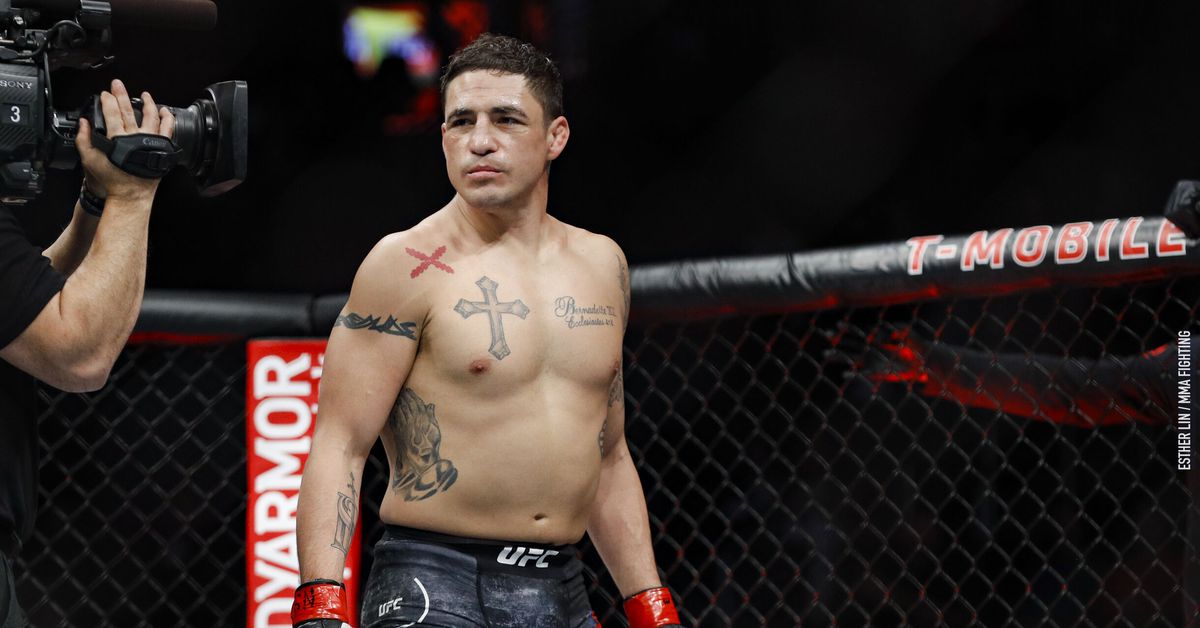 Diego Sanchez has a message for Michel Pereira before they clash this weekend in New Mexico.

According to the former “Ultimate Fighter” winner, Pereira needs to hit the welterweight limit at 171 pounds on Friday during the weigh-ins, or there won’t be a fight on Saturday night.

In his most recent fight in the UFC, Pereira came in at 172 pounds — one pound over the welterweight limit — and he ultimately lost a decision to Tristan Connelly.

“If he misses weight for this fight, there will be no fight,” Sanchez told MMA Fighting. “I’ll take my show money and say see you later. I’ll fight in another month. Back to Brazil with no money. He will not come to my hometown, he will not come disrespect a 35-fight veteran of the Zuffa banner, by missing weight.

Assuming Pereira is able to make weight as scheduled, Sanchez says he looks forward to testing himself against the flashy Brazilian, who earned a reputation for having a very creative arsenal in his Octagon debut.

He knocked out Danny Roberts with a flying knee last May, which immediately put Pereira on the radar as a fighter to watch in the future. Pereira tried to follow that up with another dazzling performance in his second UFC fight but he ran out of gas following an exhausting weight cut.

“I don’t look at it as a sport of athletes. I don’t look at it as time to dance. Would we dance on the battlefield if I was coming at you with a sword? Hell no. Hell no you wouldn’t. That’s what I’m coming with this mindset. There is no referee. There is no crowd. There is no fans. There are no lights. There is nobody. Two men go in and one comes out. That’s all I have on my mind going into this fight. I’m better than I’ve ever been right now. It’s going to be a good night for me in my hometown.”

With a chance to fight in his hometown with his daughter in attendance for the first time in his career, Sanchez is determined to earn the victory against Pereira on Saturday night.

He left the Brazilian with a chilling warning regarding their upcoming fight as he seeks to secure a win in his native New Mexico for the first time since 2014.

“Come Saturday night, Michel Pereira will have to lean the valuable lesson that he has to learn,” Sanchez explained. “For I have learned my lessons. I have taken the wisdom with me and I have it in my back pocket. I know what I’m doing. I’m on weight. I’m ready to go. No injuries and healthy. Ready to die in that cage if I have to. Truly not fearful of death.

“I know when I step into that Octagon, I’m going to let it go. I’m going to unload the clips. Michel Pereira will not be standing up. He will be on the ground in a pool of blood.”