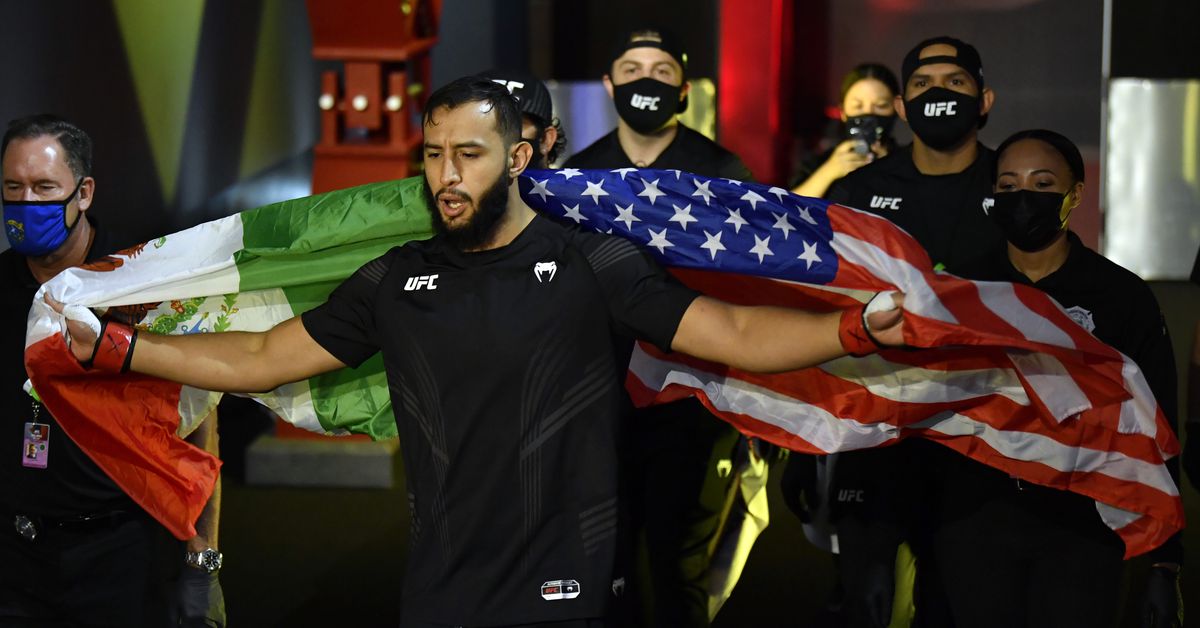 Dominick Reyes isn’t letting a third straight defeat get him down.

“The Dominator” appears to be in good spirits following a second-round TKO loss to Jiri Prochazka in the main event of UFC Vegas 25 this past Saturday. Coming off of back-to-back light heavyweight title losses, Reyes had his moments against Prochazka, but was out-struck throughout the contest and eventually finished with a highlight-reel spinning back elbow.

In addition to earning an extra $50,000 for being one half of the Fight of the Night, Reyes sounds like he has other reasons to feel positive about his performance according to an Instagram post published Monday.

“Finally home and surrounded by those I love, I’d like to say, I went out there and fought with all my heart,” Reyes wrote. “I put it all out there and I’m glad it was entertaining for most of you. I’m happy and upset as you can imagine as I didn’t get the desired outcome. But I went out and fought and for that I can say I’m proud.

“I love this game and at times it does not love me back but that’s what we have all signed up for. I want to say I’m doing good healing up I’ll be OK. And congrats to [Prochazka] Hell of a fight and what an elbow! It’s the ones you don’t see coming that get you. God bless you all and I’ll see you guys at the next one.”

With the knockout loss, Reyes is now without a win since October 2019 when he defeated Chris Weidman by first-round KO in the UFC Boston main event. That was followed by a narrow decision loss to then-light heavyweight champion Jon Jones at UFC 247, and then a second-round TKO loss to Jan Blachowicz at UFC 253 for a vacant title.

Reyes’ record is now 12-3 after beginning his pro MMA career with a dozen straight victories.