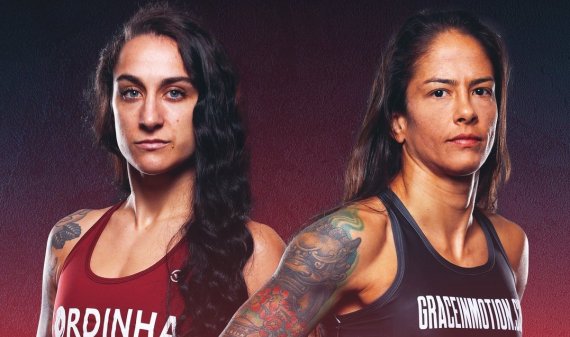 The Bellator MMA veteran won for the third time in four appearances and made her case for a rematch with reigning Invicta Fighting Championships strawweight titleholder Kanako Murata, as she laid claim to a unanimous decision over Juliana Lima in the Invicta 40 headliner on Thursday at the Police Athletic League Gym in Kansas City, Kansas. All three judges scored it 29-28 for Ducote (9-6, 2-1 Invicta).

Lima (10-7, 1-3 Invicta) started strong but faded down the stretch. She utilized an effective jab, occasional uppercuts and close-quarters knees throughout much of the first round, exploiting her advantages in the clinch. However, Ducote turned the tide in Round 2, where she struck for a takedown, achieved full mount and opened a cut under the Brazilian’s right eye with a well-placed elbow strike. She moved forward behind chopping right hands across the final five minutes, refused to give ground and delivered another takedown with less than a minute to go on the clock, denying Lima any chance of a late comeback.

The 38-year-old Lima has lost four of her last five bouts.

In the atomweight co-main event, Scorpion Fighting System export Alesha Zappitella moved one step closer to a title shot with a split decision over Rizin Fighting Federation alum Lindsey VanZandt at 105 pounds. Scores were 29-27 and 30-27 for Zappitella (7-2, 4-1 Invicta), 29-28 for VanZandt.

Takedowns, top control and effective ground-and-pound carried the 4-foot-11 Zappitella to the winner’s circle. She did her best work inside the first round, where she countered an attempted trip from VanZandt (7-4, 1-3 Invicta), settled in side control and grinded away with elbows and short punches. Fatigue became an ally for VanZandt in the latter half of the fight, as her opponent’s movements became labored and exposed her to knee strikes, head kicks and sharp right hands. Zappitella maintained her composure, continued to threaten with takedowns and exited the stage with her hand raised.

Meanwhile, Chelsea Chandler submitted Knoxville Martial Arts export Olivia Parker with a rear-naked choke in the first round of their featherweight showcase. Parker (4-1, 0-1 Invicta) conceded defeat 1:05 into Round 1, as she fell from the ranks of the unbeaten.

Chandler (3-1, 3-1 Invicta) cut loose with powerful body-head combinations, tore into the Tennessean with a left hook to the liver and floored her with a straight left to the head. She then trailed her counterpart to the canvas, advanced to the back and secured her position with hooks before cinching the choke for the tapout.

The 29-year-old Chandler has rattled off three consecutive victories.