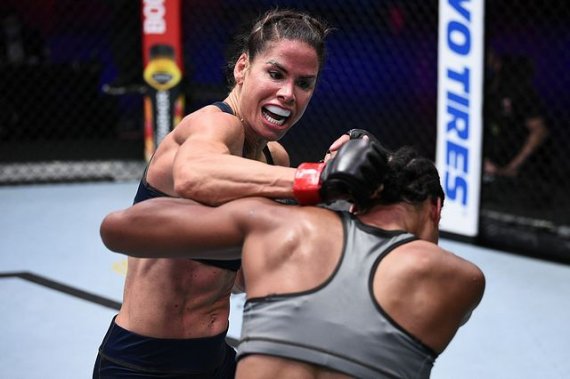 Former featherweight title challenger Felicia
Spencer will welcome Danyelle
Wolf to the Octagon at a UFC event on May 22.

was first to report that both Spencer and Wolf have verbally agreed
to the bout. The UFC Fight Night card does not yet have an official
headliner or location.

Amanda
Nunes in a 145-pound championship clash at UFC 250 last June. A
former Invicta FC title holder, Spencer is 2-2 in the Las
Vegas-based promotion, with first-round finishes of Megan
Anderson and Zarah
Fairn dos Santos to her credit.

Wolf, 37, earned a UFC contract after taking a unanimous verdict
against Taneisha
Tennant in her professional MMA debut at Dana White’s Contender
Series on Sept. 15. The Tiger Muay Thai export is a three-time U.S.
National Boxing champion who has compiled an amateur record of
30-14, according to BoxRec.com.