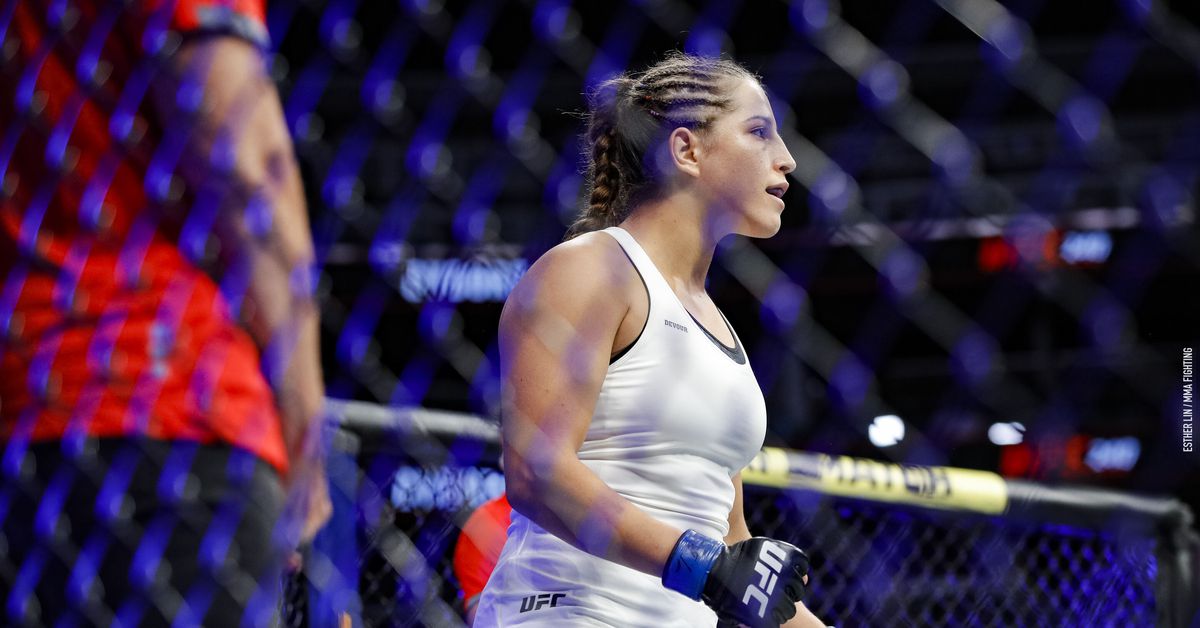 Felicia Spencer’s first fight since challenging for UFC gold will be against a newcomer.

MMA Fighting confirmed with sources with knowledge of the matchup that Spencer (8-2) and recent Contender Series signee Danyelle Wolf (1-0) have verbally agreed to meet in a featherweight bout at a UFC event on May 22. The bout was first reported by BJPenn.com.

Spencer’s most recent fight saw her challenge Amanda Nunes for the featherweight championship in the main event of UFC 250 in June. The 30-year-old Canadian wound up on the losing end of a lopsided decision to drop her UFC record to 2-2. Spencer is a former Invicta FC featherweight champion, having gone 6-0 for that promotion and holds octagon victories over Megan Anderson and Zarah Fairn dos Santos.

The May 22 card marks Wolf’s UFC debut after earning a contract on Dana White’s Contender Series in September. Wolf, 37, entered her fight with Taneisha Tennant with an amateur boxing record of 30-14. She won a unanimous decision in what was her first pro MMA bout and was one of three fighters signed from that Sept. 15 event along with Jordan Williams and Collin Anglin.