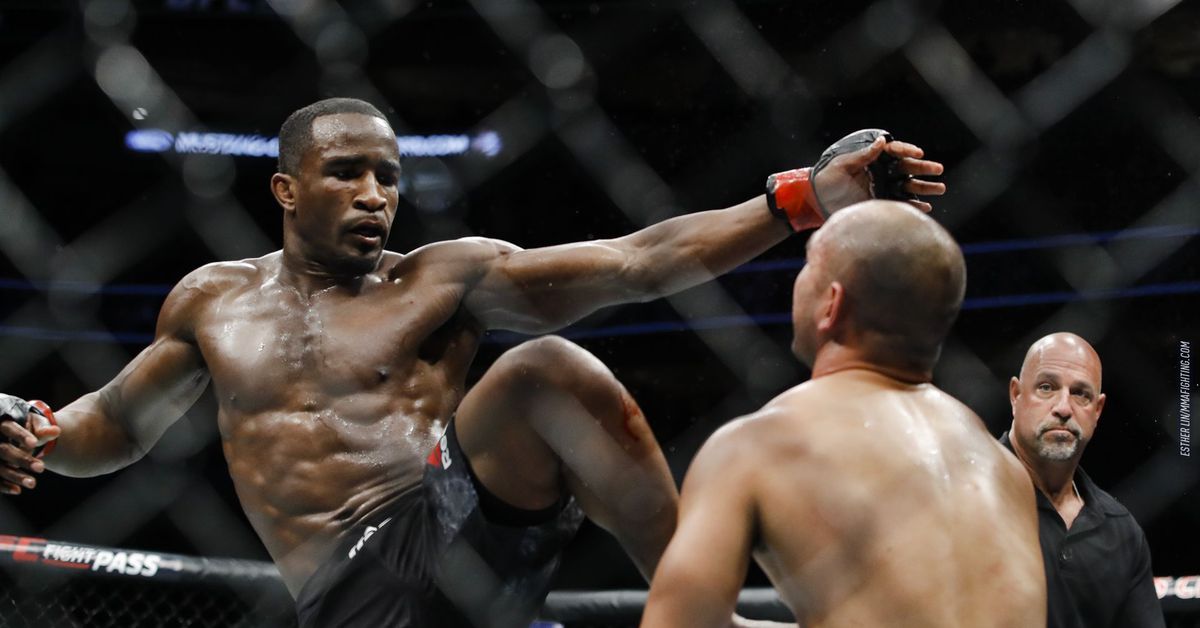 Welterweights Santiago Ponzinibbio and Geoff Neal have agreed to meet at the upcoming UFC 269 card on Dec. 11.

Muliple sources confirmed the news to MMA Fighting on Monday following an initial report from ESPN.

With an 8-1 record in his past nine fights, Ponzinibbio has proven to be one of the top fighters in the 170-pound weight class while picking up impressive wins over names such as Neil Magny, Mike Perry and Gunnar Nelson.

After suffering a surprising loss to Li Jingliang back in January, Ponzinibbio bounced back with a Fight of the Night performance against Miguel Baeza in June. Now he’ll look to close out 2021 with another win while facing one of the biggest power punchers in the division.

Neal will be looking to end a two-fight skid after he started his UFC career with five straight wins including knockouts over Mike Perry and Niko Price as well as a unanimous decision against Belal Muhammad.

Following an illness that put Neal into the hospital for several days, he returned to action last December but lost a unanimous decision to Stephen “Wonderboy” Thompson and then suffered a second straight defeat when he faced Neil Magny back in May.

Neal will attempt to get back on track while facing Ponzinibbio in a crowd pleasing matchup as part of a growing card at UFC 269, which will be headlined by a lightweight title fight as Charles Oliveira clashes with Dustin Poirier in the main event.