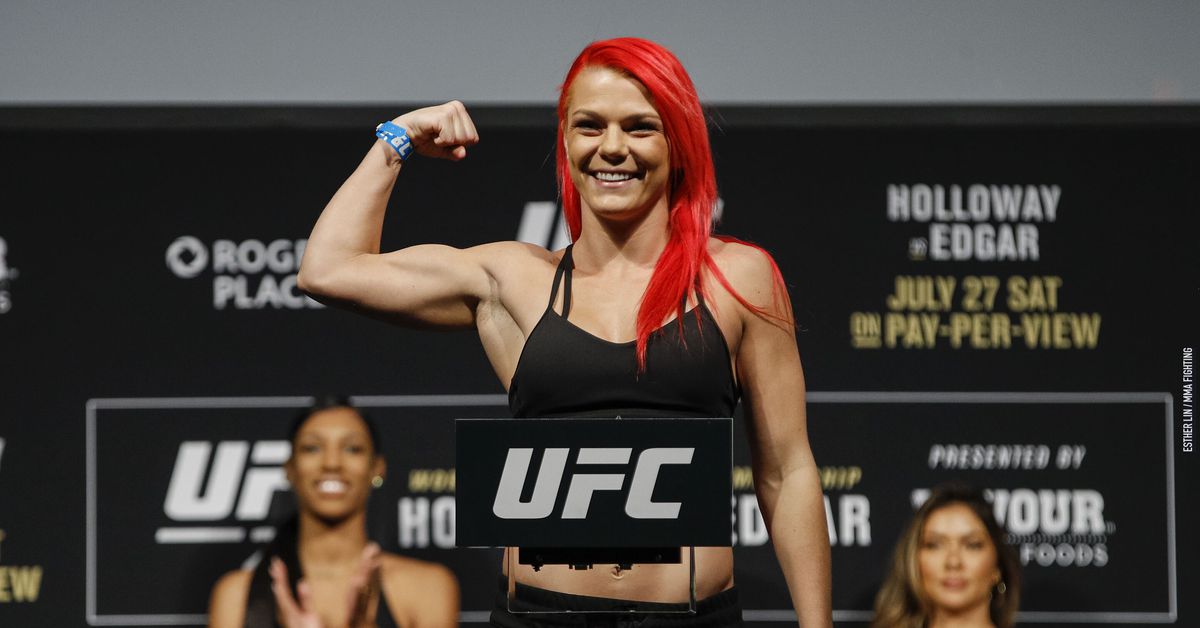 A new fight has been added to the upcoming UFC 258 card as flyweights Gillian Robertson and Miranda Maverick are expected to meet on Feb. 13.

Multiple sources confirmed the matchup to MMA Fighting on Wednesday after Maverick initially posted news about the fight on her Instagram.

After joining the UFC roster by way of The Ultimate Fighter, Robertson has been an impressive addition to the flyweight division where she’s built a 6-3 record overall including five of her six wins coming by TKO or submission.

As for Maverick, the Invicta FC veteran made her octagon debut this past October at UFC 254 where she earned a TKO stoppage against Liana Jojua. Overall, Maverick has amassed a 8-2 record in her career while currently riding a four-fight win streak that includes victories over UFC veterans Pearl Gonzalez and DeAnna Bennett.

Robertson vs. Maverick is the latest addition to the UFC 258 card where welterweight champion Kamaru Usman is expected to defend his title against Gilbert Burns in the main event.