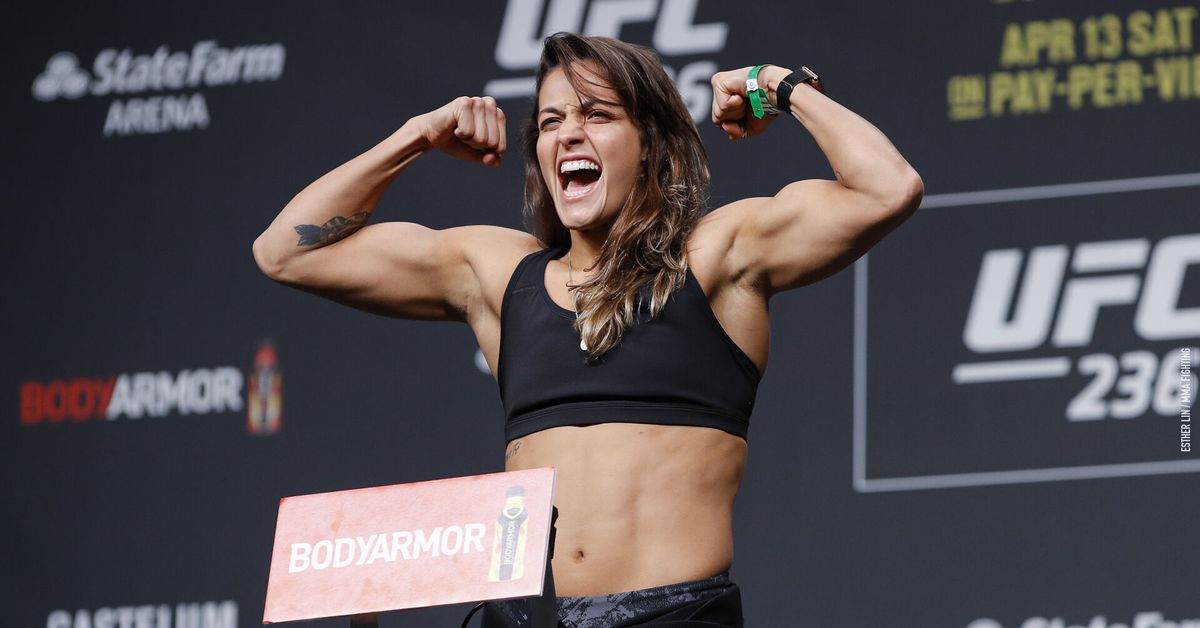 Poliana Botelho is “super excited” to enter the cage Saturday and test her skills against Gillian Robertson in Abu Dhabi. If all goes right for the Nova Uniao talent, UFC Fight Island 6 will be the start of a busy schedule in the octagon.

Away from the cage since an April victory over Lauren Mueller which marked her return to flyweight after a trio of strawweight bouts in the company, Botelho wants to be booked more frequently now that she has less weight to cut before fights.

“[Flyweight] is healthier for me given my body structure,” Botelho said in an interview with MMA Fighting. “At 115 I would, with a lot of suffering, fight two times a year at best. At 125, I would fight every month if I could [laughs]. It took longer to book this fight because I had some injuries that kept me sidelined and then the pandemic came, so it was more complicated than usual.”

Robertson has never gone the distance under the UFC banner, scoring four of her five wins via submission. Botelho, however, is a black belt in jiu-jitsu under Brazilian MMA pioneer Ana Michelle Tavares and vows to “impose my game as I’ve always done” and stop the Canadian before the final bell.

“I’ll follow the strategy we have prepared for this fight,” Botelho said, “but I’ll avoid her takedowns and hit her with good strikes. She has a good timing for takedowns but I’m ready for it if the fight goes to the ground. I’m well-trained and ready in all areas. I only train with black belts so I’ll be ready for anything she brings on the ground.”

UFC Fight Island 6 marks a new experience for Botelho, who won’t have Nova União leader Andre Pederneiras in her corner. “Dede” was kept isolated for two weeks in Abu Dhabi after testing positive for COVID-19 and pulled from Ketlen Vieira’s corner at UFC 253, so Botelho will only have coaches Marcos Galvao and Rafael Vinicius with her Saturday.

Facing off against the No. 15-ranked flyweight in the UFC, a spot she once held in the past, Botelho believes it’s a matter of time until she’s among the best in the division.

“I was the No. 15 when I beat Lauren Mueller but ended up leaving since I haven’t fought in a while,” Botelho said. “But what matters the most to me is coming out victorious Saturday. I’ll be in the top-15 again with a win or two. I’ll climb the rankings eventually, so I just care about the victory now.”