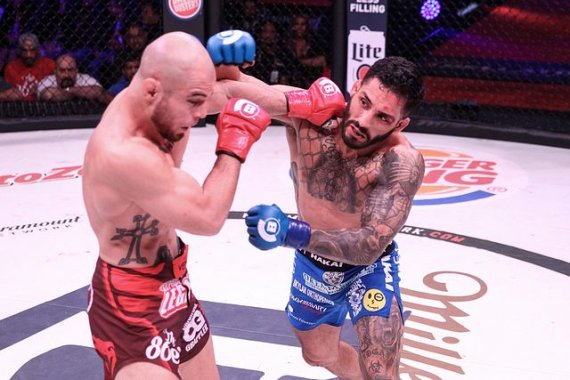 Bellator 250 has its co-headliner, as Henry
Corrales will square off against Brandon
Girtz in a featherweight affair.

Sherdog.com confirmed the booking with a promotion official on
Tuesday following a report from
MMAjunkie.com. Bellator 250 takes place at Mohegan Sun Arena in
Uncasville, Connecticut, on Oct. 29, and is headlined by a
middleweight title tilt between Gegard
Mousasi and Douglas
Lima.

Corrales was eliminated in the opening round of the featherweight
grand prix by Darrion
Caldwell at Bellator 228 before falling to Juan
Archuleta in his most recent appearance at Bellator 238 on Jan.
25. Prior to that, the 34-year-old Fight Ready representative had
won five straight bouts within the California-based promotion, a
streak that included triumphs against the likes of Aaron Pico,
Noad
Lahat and Georgi
Karakhanyan.

Girtz, meanwhile, has won just two of his last seven fights dating
back to 2016. In his first appearance of 2020, the Genesis Training
Center export dropped a unanimous verdict to Myles Jury at
Bellator 239.