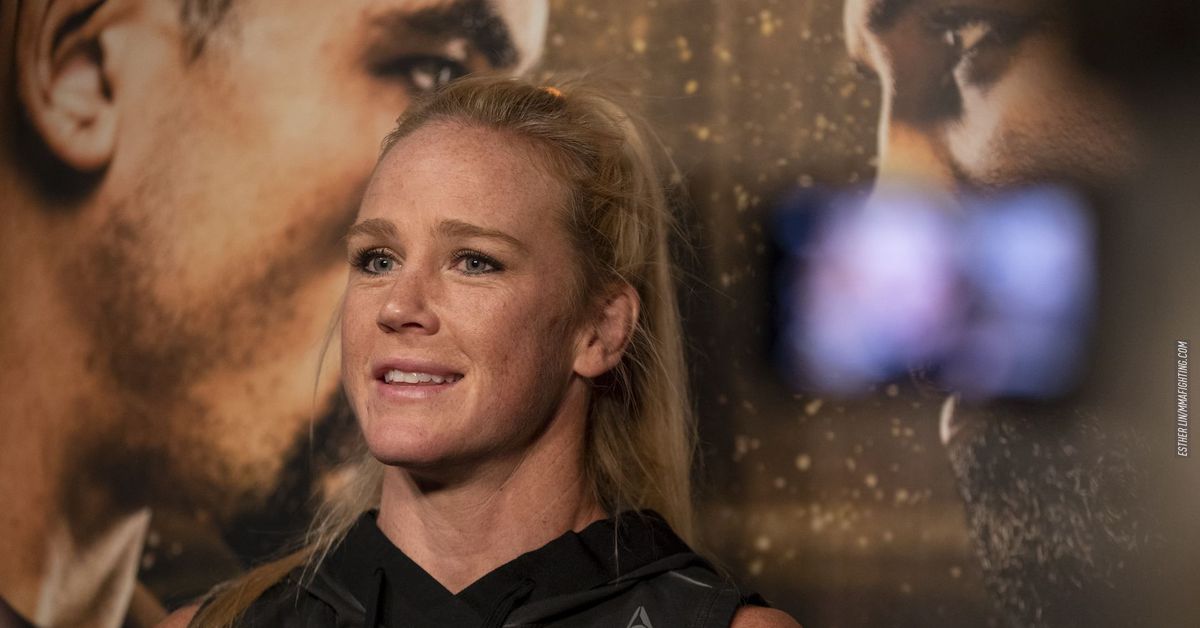 Holly Holm was forced out of her upcoming fight against Julianna Pena on May 8, but the former bantamweight champion is hoping to return to action sooner rather than later.

On Tuesday, Holm released a video explaining the situation that caused her to drop out of the fight with Pena while also revealing that the timeline for her return shouldn’t be delayed all that long.

“Last Wednesday, I had super abdominal pains so I went to the urgent care,” Holm explained. “It’s been kind of something reoccurring, but obviously hasn’t driven me to the urgent care until last Wednesday. Lo and behold, I have hydronephrosis, which is where the kidney does not drain to the bladder correctly.”

Hydronephrosis is described as, “the swelling of a kidney due to a build-up of urine. It happens when urine cannot drain out from the kidney to the bladder from a blockage or obstruction.”

A number of issues can cause hydronephrosis to occur including kidney stones and blood clots, but Holm seems confident that she will be able to get back to training in the very near future after scheduling a procedure to fix the problem.

“They admitted me that night to get a little procedure done to get a stent put in there but I do need to get it fixed permanently,” Holm said. “We’re just waiting for that. The good thing is it’s a very, very fast recovery. They say four to six weeks so it can’t be too long.

Holm is currently riding a two-fight winning streak, which includes a dominant performance over Irene Aldana in her previous outing.

She was scheduled to face Pena in a potential No. 1 contender’s fight with reigning bantamweight champion Amanda Nunes still waiting for her next opponent at 135 pounds after successfully defending her featherweight title at UFC 259 this past weekend.

Since that time, Pena has called for the next title shot against Nunes rather than waiting for Holm to recover. But it remains to be seen what decision the UFC will make regarding those potential fights.

Judging by her timeline for recovery, Holm will likely be ready to compete again in early summer.