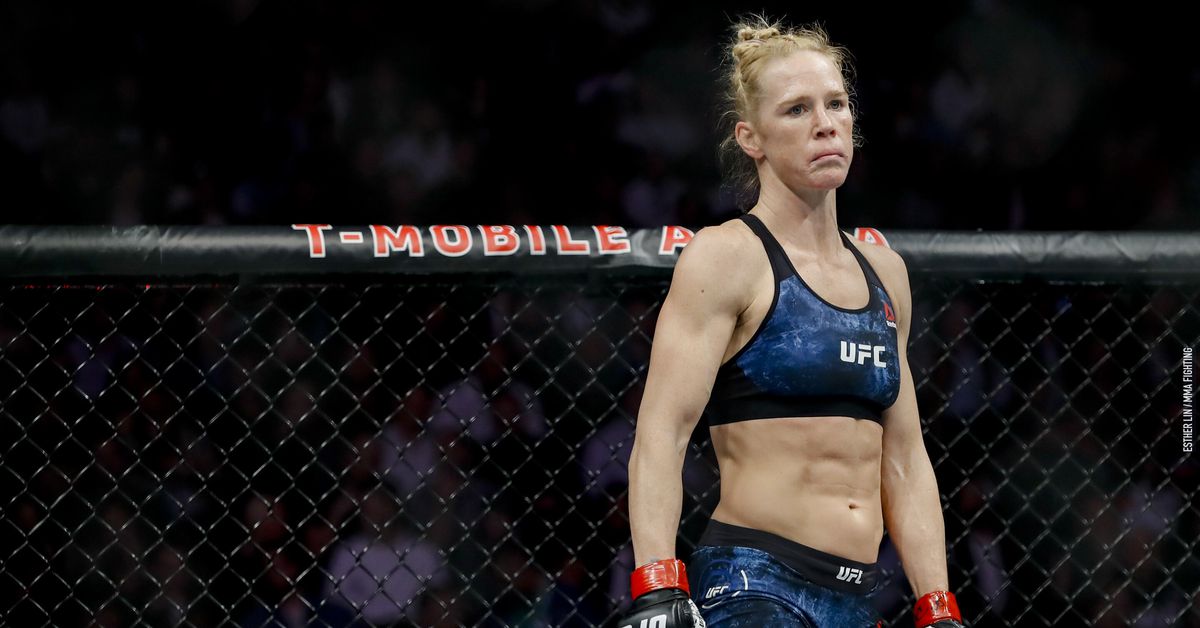 A showdown between two top ranked bantamweights is being targeted for the upcoming UFC event on May 8 as former champion Holly Holm is expected to clash with Julianna Pena.

Multiple sources confirmed to MMA Fighting that the fight is currently in the works with verbal agreements in place. ESPN initially reported news of the potential contest.

Assuming the fight is deal is finalized, Holm and Pena would meet in a matchup between a pair of top five ranked fighters at 135 pounds as reigning bantamweight champion Amanda Nunes prepares for her next fight at featherweight against Megan Anderson at UFC 259.

Holm has rattled off back-to-back wins in her past two fights including a dominant showing against Irene Aldana in her most recent outing. The ex-UFC champion is 3-1 in her past four fights with her only loss coming to Nunes in 2019.

As for Pena, the former Ultimate Fighter winner is 2-1 in her past three fights including wins over Nicco Montano and Sara McMann with her only loss coming to former UFC featherweight champion Germaine de Randamie. Following her most recent win, Pena called for a fight against Nunes but it appears she will get Holm instead with a chance to solidify herself as the No. 1 contender in the division with a win.