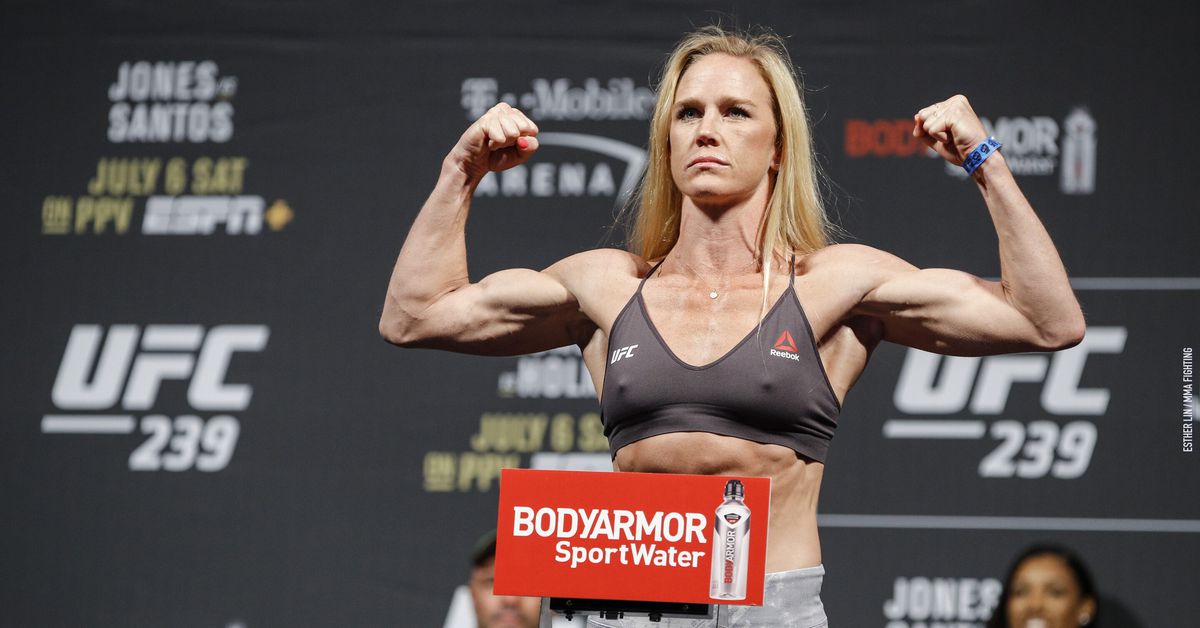 Holly Holm and Raquel Pennington will get their chance for a second crack at one another.

MMA Fighting’s Damon Martin confirmed with sources that Holm and Pennington are set to meet in a bantamweight bout at UFC 246 on Jan. 18 at T-Mobile Arena in Las Vegas. Holm defeated Pennington by split decision at UFC 184 on Feb. 28, 2015, and their rematch was initially set for UFC 243 in October before Holm was forced to withdraw due to injury.

The rescheduling was first reported by MMA Junkie.

Holm (12-5) competed once in 2019, losing by first-round TKO to bantamweight champion Amanda Nunes at UFC 239. She has alternated wins and losses in her last five bouts, with victories over Megan Anderson and Bethe Correia and losses to Nunes, Cris Cyborg, and Germaine de Randamie.

Pennington last fought at UFC on ESPN 4 in July, where she defeated Irene Aldana by split decision. That victory snapped a two-fight skid for the one-time bantamweight title challenger.