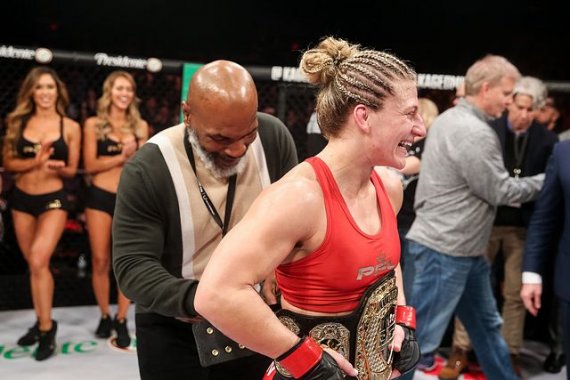 Professional Fighters League will spotlight its top performers in 10 different categories with the debut of its first-ever awards show next month.

The promotion announced the event on Tuesday. Fans can vote on the PFL Twitter page from Feb. 26 through March 1. Votes from fighters, media and the PFL will also be taken into account for various categories.

Categories include Male and Female Fighter of the Year, Knockout of the Year, Submission of the Year and Professional of the Year, which recognizes a “fighter who used his/her platform to make a positive impact in the community, while also demonstrating character and a dedication to excellence in the cage.”

“We are excited to announce the launch of the first-ever annual PFL Awards,” PFL CEO Peter Murray said. “2019 was a record year for the PFL on ESPN, doubling our Championship audience with over 400,000 TV viewers in the U.S., and over two million globally. This success is attributed to our great fighters, many of whom had to fight five times last season for a shot at the $1 Million Dollar Championship. Through the PFL Awards, we will shine a light on the many fighter achievements and moments deserving of recognition. Our voting process is unique – fans, media, and fighters, along with the league, have a say in who brings home the awards.”

The award winners will be unveiled during a show on ESPN+ in March. An exact air date was not revealed.