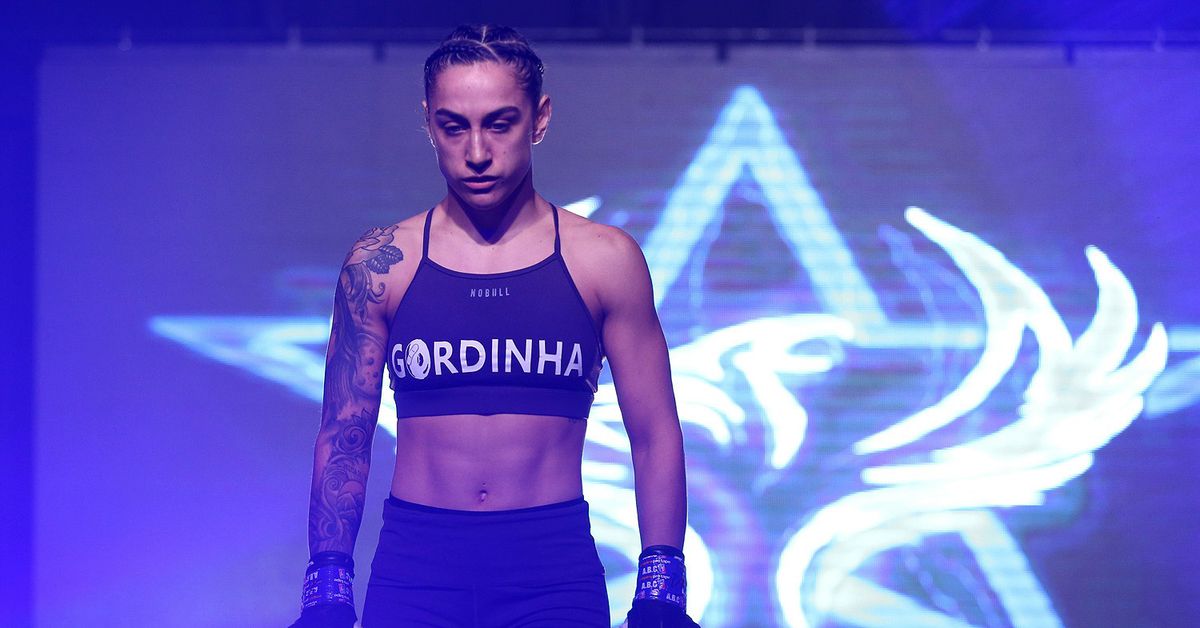 After dropping the opening round, Emily Ducote battled back over the final 10 minutes to earn a victory in the Invicta FC 40 main event.

The promotion returned to action for their first event since the COVID-19 pandemic in Ktook the world by storm and delivered with a night of competitive matchups, capped off by a strawweight headliner between Ductoe and UFC veteran Juliana Lima in Kansas City, Kan.

Both ladies were happy to stand and bang for the first five minutes. Lima used her length and her Muay Thai expertise to score with heavy shots throughout the round. Ducote showed her toughness and durability, landing hard leg kicks on her opponent. In the end—due to open scoring being implemented by the Kansas Athletic Commission—Lima was able to take the first round 10-9 on all three scorecards.

The second round was more of the same as it took place primarily on the feet. Lima started to turn up the volume early on and landing big punches. Ducote, once again, absorbed the shots and tried to fire back with heavy shots of her own. After a brief clinch battle, Lima forced separation and scored with a beautiful uppercut. Ducote landed a nice combination before landing a perfectly timed takedown. The former Bellator veteran would get in full mount and delivered a series of hard elbows to open a cut under Lima’s right eye.

Ducote prepared for the final round after evening things up on the scorecards by pacing back and forth in the corner. Both ladies began the round throwing heavy leather. After exchanging leg kicks, Ducote tied Lima up and forced her to the fence. Lima was able to stay on her feet and landed a nice combination. Lima continued to use her length, while Ducote pushed forward with aggression, switching stances and mixing things up with her strikes.

As the round continued, Ducote started to score more often and landed a takedown. In the final 30 seconds, the exchanges on the feet continued until the final bell.

In the co-main event, atomweights Alesha Zappitella and Lindsey VanZandt put on a high pace that fans expected. Zappitella was able to use her high-level wrestling game to keep her opponent on the mat through a lot of the opening round.

VanZandt stole some momentum in the second round, landing some hard shots on the feet. Zappitella was still able to score takedowns despite being out struck on the feet. After the second round, the judges’ scorecards were all over the place—one with two rounds for Zappitella, another with a 19-18 advantage for the Michigan native, while the third had it even at 19-19.

In the end, Zappitella walked away with her second straight win via split decision.

Stockton’s Chelsea Chandler had an impressive first-round finish in the third fight of the night. The Nick Diaz trained featherweight dropped Liv Tyler with a brutal right hand before securing a tap via rear naked choke at just over a minute into the bout in the only fight of the night to not head to the judges.

Following a short delay ahead of the opening bout due to issues with the generator, Genia Goodin picked up a unanimous decision win over Shelby Koren, followed by American Top Team’s Trisha Cicero earning a split decision win over Laura Gallardo.

Check out Invicta FC 40 results below: