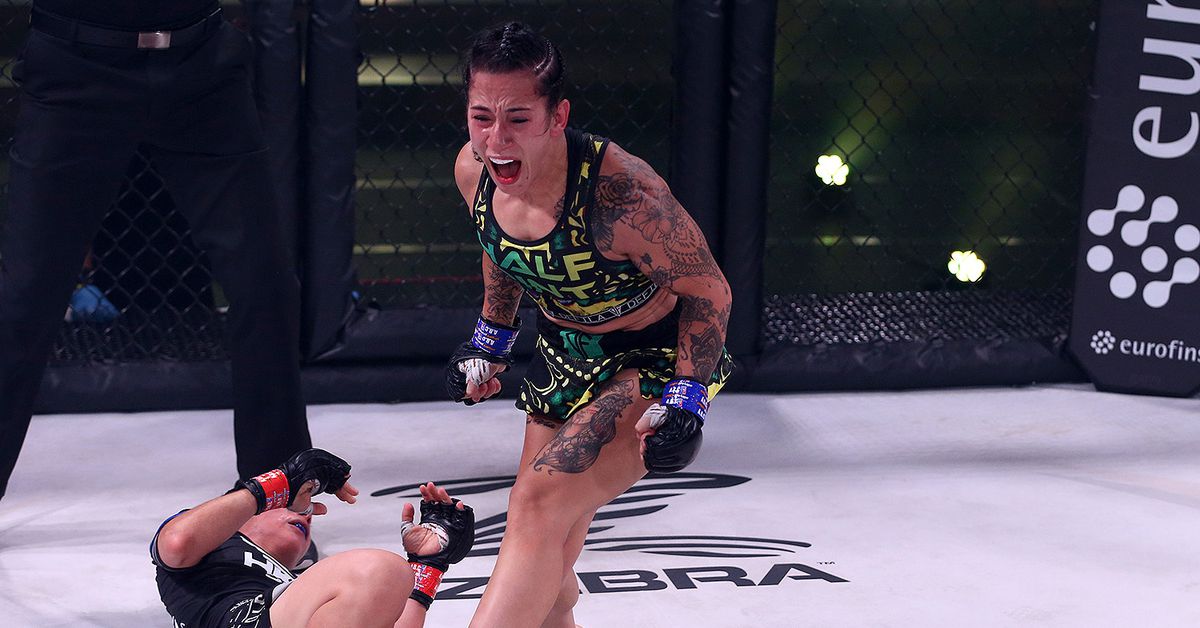 Invicta FC is looking to make a big splash in its AXS TV debut.

The promotion announced via a press release that it has finalized the lineup for its May 21 AXS TV premiere, which will feature a pair of title bouts.

In the main event, a new flyweight champion will be crowned when Karina Rodriguez (8-4) takes on Daiana Torquato (10-3) for a vacant belt. Rodriguez has won two of her past three bouts, but has not competed since losing a unanimous decision to Vanessa Porto in November 2019. Torquato defeated former UFC fighter Sarah Frota by split decision in her most recent outing at a Respect MMA show in Rio de Janeiro.

The Invicta flyweight title was vacated this past September when Porto signed with Bellator MMA.

Alesha Zappitella (8-2, 1 NC) defends her atomweight title for the first time when she meets Jessica Delboni (10-2) in the co-main event. “Half Pint” became Invicta’s 105-pound champion this past September when she submitted Ashley Cummins with the first Von Flue choke in promotional history. She has won three straight fights, while Delboni enters this bout having won her past two fights for Invicta.

Other notable names in action on May 21 are Invicta and Bellator vet Emily Ducote and Invicta FC: Phoenix Series 3 tournament winner Taneisha Tennant.

Invicta on AXS TV will air on AXS TV in the U.S. and Fight Network in Canada. The event takes place in Kansas City, Kan.

See the full lineup below: