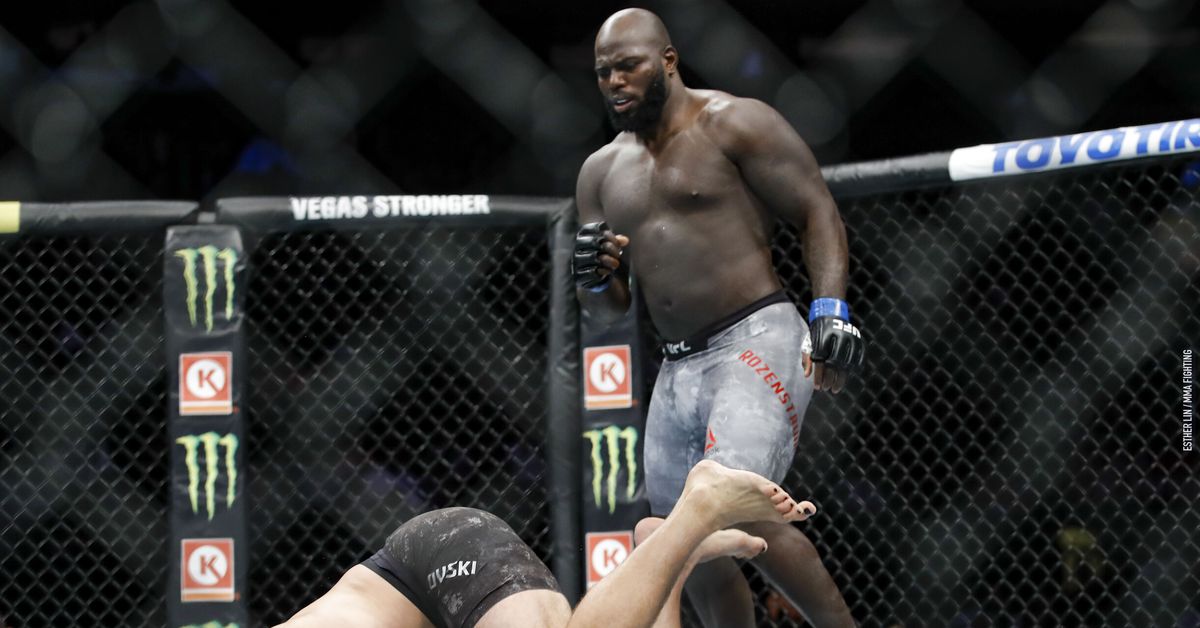 A pair of heavyweight knockout artists are expected to clash at the upcoming UFC event on March 13 as Jairzinho Rozenstruik and Ciryl Gane have agreed to meet.

Multiple sources confirmed the matchup to MMA Fighting on Wednesday with verbal agreements in place from the athletes. The bout was initially reported by LaSueur.com.

After suffering the first loss of his career to Francis Ngannou in 2020, Rozenstruik bounced back with an emphatic win over former UFC heavyweight champion Junior dos Santos at UFC 252 this past August.

Overall, Rozenstruik has gone 5-1 in the UFC with all of his wins coming via knockout or TKO.

As for Gane, the French heavyweight has also enjoyed success since joining the UFC roster. He’s currently 4-0 inside the octagon with a perfect 7-0 record overall.

Most recently, Gane dispatched dos Santos to notch the biggest win of his career to date as he finished the Brazilian with strikes in the second round.

Rozenstruik vs. Gane will join the upcoming UFC card on March 13, which will be headlined by a highly anticipated welterweight clash between Leon Edwards and Khamzat Chimaev.