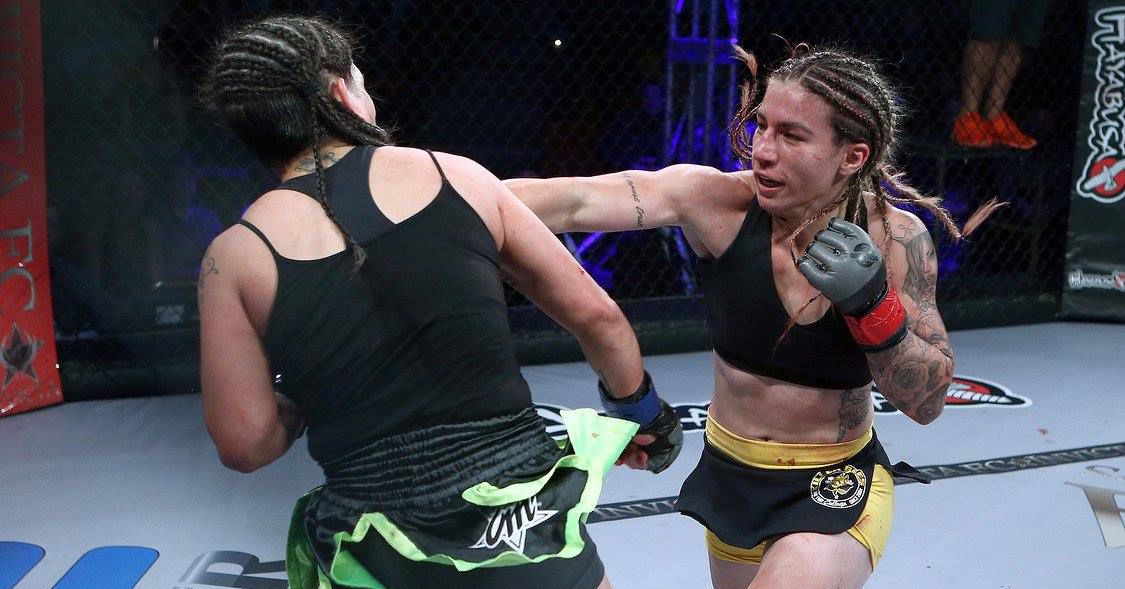 Janaisa Morandin will get another chance in the strawweight division when she meets Montserrat Ruiz in the headlining attraction of Invicta FC 41 in Kansas City on July 30, the company announced Tuesday.

“Evil Princess”, a former 115-pound title contender, missed weight badly in her last bout, coming in at 119.6 pounds for her co-main event clash with Emily Ducote in August. The 25-year-old Brazilian came in overweight twice before in the promotion, forcing the cancellation of fights with Jinh Yu Frey and Brianna Van Buren.

Morandin (10-3), an ex-Aspera FC atomweight titleholder in Brazil, only won once in four appearances under the Invicta FC banner since 2017, winning a decision against Kinberly Novaes.

Ruiz (8-1) collected strawweight titles in the regional circuit in her native Mexico before joining Invicta FC in 2018. “Conejo” hasn’t entered the cage since her company debut loss to Danielle Taylor in Dec. 2018.

Invicta FC’s first show back from the COVID-19 break is set for July 2 in Kansas City, and the promotion announced that both card will go down without fans and media in attendance. Fighters, corners, staff and commission official “will be tested prior to the event,” a statement read. The Kansas Athletic Commission will utilize open scoring at both shows.

The co-main event will feature Erin Blanchfield vs. Stephanie Geltmacher. The complete fight card can be seen below.