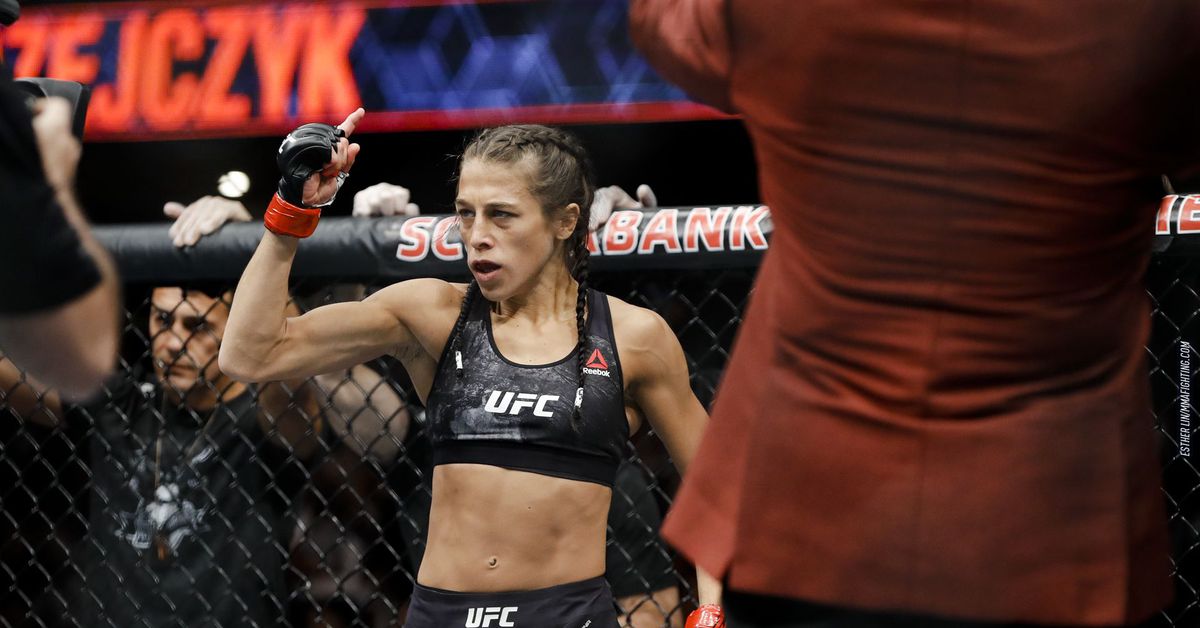 Joanna Jedrzejczyk had to get a few stitches on Monday after suffering a gruesome cut on her leg during training.

The former UFC strawweight champion revealed the cut in a post on Instagram along with a warning to anyone a little too squeamish to see the results of her training accident. She also posted a note saying “so you wanna be a fighter?” with the photo.

(Swipe right on the image see the photos of her injury)

The good news is Jedrzejczyk says that the cut won’t cause her any serious issues and she’s actually allowed to get back into training as early as Tuesday.

Jedrzejczyk hasn’t fought since this past March when she lost a razor-close split decision to then strawweight champion Zhang Weili.

More recently, Jedrzejczyk told MMA Fighting that she was targeting a return to action later this year with hopes of competing for the strawweight title, which is now held by Rose Namajunas, in her next fight

While she hasn’t been competing, Jedrzejczyk has remained in shape while primarily working out in her native Poland but she’s planning a trip back to the United States in May to begin training with her coaches at American Top Team in Florida.

Jedrzejczyk is expected to stay in the United States until at least July with plans to attend UFC 264 in person but her visit could be extended if she’s able to book a fight.