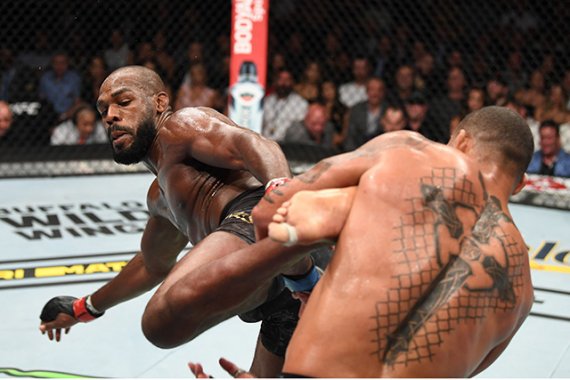 Jon
Jones is in no rush to return to the Octagon.

Negotiations with the UFC for a heavyweight title fight seem to
have stalled at the moment, and that’s just fine with the former
205-pound champion, who is enjoying his time away from the
sport.

“I’m not really sure when I’ll be fighting next, but some downtime
after a decade of wins is a nice little change up right now,” Jones
wrote on Twitter Monday.

I’m really not sure when I’ll be fighting
next, but some downtime after a decade of wins is a nice little
change up right now. https://t.co/fi8XSLLidD

The message carries added significance after UFC president Dana
White
addressed media on Saturday night and touched on the
possibility that “Bones” might not compete again. White has been
critical of Jones’ desire to get paid more for a move to
heavyweight, and has moved on to targeting a rematch between
reigning champ Francis
Ngannou and Derrick
Lewis in the interim.

“If Jon Jones wants to fight, he can. If he doesn’t, he doesn’t
have to,” White said at the UFC 262 post-fight press conference.
“Nobody’s gonna force Jon Jones to fight. He’s had a great run.
He’s got an incredible legacy. I personally see him as the GOAT
right now. You’ve got guys that are nipping at his heels like
[Kamaru] Usman and some other guys out there. You know, it’s up to
him. He can fight this summer, or he can never fight again. I mean,
that’s up to him.”

When a Twitter user floated the possibility that Jones’ layoff
might hurt him in the long run, the Jackson-Wink MMA standout
dismissed the notion.

“Impossible, my name will ring bells in the combat sports world
until the day I die and after,” Jones wrote. “My first fight back
is going to be huge no matter when it is.”

Impossible, my name will ring bells in the
combat sports world until the day I die and after. My first fight
back is going to be huge no matter when it is https://t.co/KOgeurI7VC

As of now, there remains no set date for Jones to fight. He last
competed at UFC 247 in February 2020, defending his light
heavyweight belt for the last time with a five-round verdict
against Dominick
Reyes.