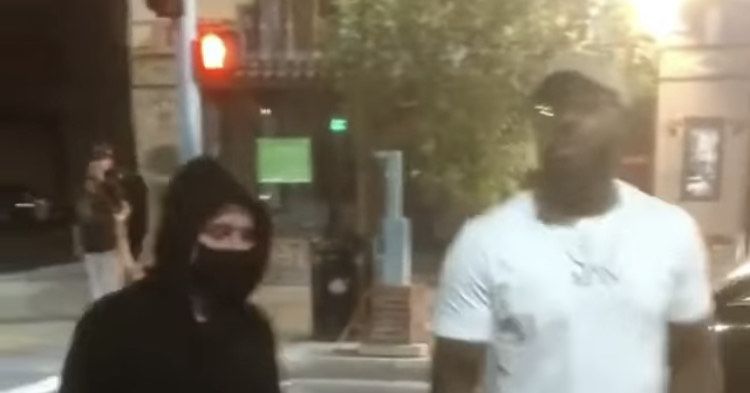 Jon Jones had quite the memorable day on Sunday.

As the day began, Jones told the world he was going to vacate the UFC light heavyweight title. Right before it ended, he took to the streets of Albuquerque, N.M. to do his part against those trying to vandalize the city in the wake of a Minneapolis police officer taking the life of George Floyd.

Members of the Albuquerque Police Department arrived on the scene in riot gear, and on horseback, to attempt to block off streets and restore peace in the area.

Jones spoke with KRQE and urged residents to stay home.

“We live here, we all live here and that’s just what doesn’t make sense,” Jones said. “We live here, we’ve got to go eat at these same restaurants tomorrow, we have to take our kids for a walk and see the inappropriate gestures and words written all over the walls.”

“Bones” is in the middle of a heated battle with the UFC and Dana White in regards to booking a heavyweight clash with Francis Ngannou. White has claimed that Jones asked for “Deontay Wilder money” for the fight to take place—upwards of $30 million—while the 32-year-old refutes those claims.

Sources told MMA Fighting’s Damon Martin that Jones is “serious” about vacating the title. In fact, the Jackson Wink MMA star suggested the UFC book a fight between Dominick Reyes and Jan Blachowicz for the vacant 205-pound title.