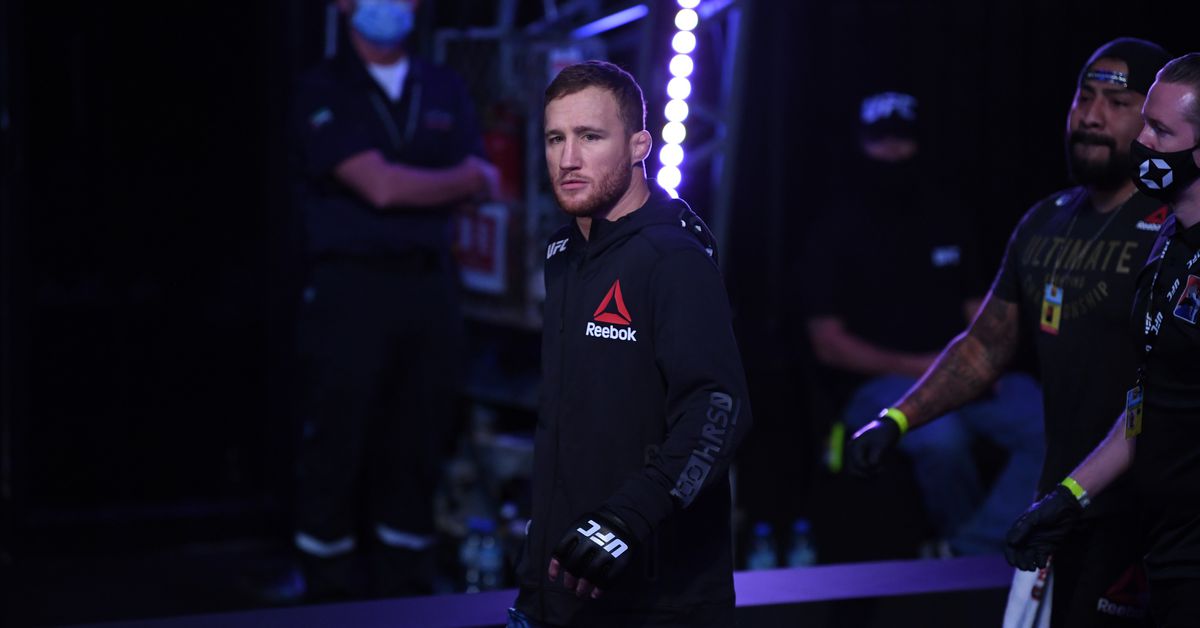 Gaethje responded on Wednesday to a recent video where Chandler said the former interim UFC lightweight champ was “asked to fight me three or four different times” and had “declined” every time.

“[Michael Chandler] is talking out of his ass,” Gaethje posted on Twitter. “I was waiting for the bout agreement 3 weeks into camp and wake up to news his daddy Dana gave him the shot. He’s been out of commission since the KO. What am I missing? I’m on vacay and this f*cker is slandering my name. 3-4 times?”

@MikeChandlerMMA is talking out of his ass. I was waiting for the bout agreement 3 weeks into camp and wake up to news his daddy Dana gave him the shot. He’s been out of commission since the KO. What am I missing? I’m on vacay and this fucker is slandering my name. 3-4 times? ‍♂️

UFC President Dana White targeted a fight between Gaethje and Chandler shortly after the former Bellator champ signed with the industry-leader. The matchup was reportedly in the works as recently as March for UFC 262, but Chandler was instead booked to fight for the then-vacant title against Charles Oliveira; he lost via second-round TKO.

Gaethje vented his frustration at the move, which came shortly after now-former champ Khabib Nurmagomedov officially vacated the title.

I woke up yesterday to train for a matchup with Chandler on May 15th expecting a bout agreement any moment. Today that is not the case, I don’t know what I do yet but I like this feeling. It was a good day at sparring practice.

Gaethje hasn’t fought since a failed bid to unify the title against Nurmagomedov at UFC 254 this past October. The setback snapped a four-fight winning streak culminating in an interim title with a win over Tony Ferguson at UFC 249.

Chandler’s loss sent him back to the drawing board after his octagon debut at UFC 257 ended in a first-round knockout of Dan Hooker.