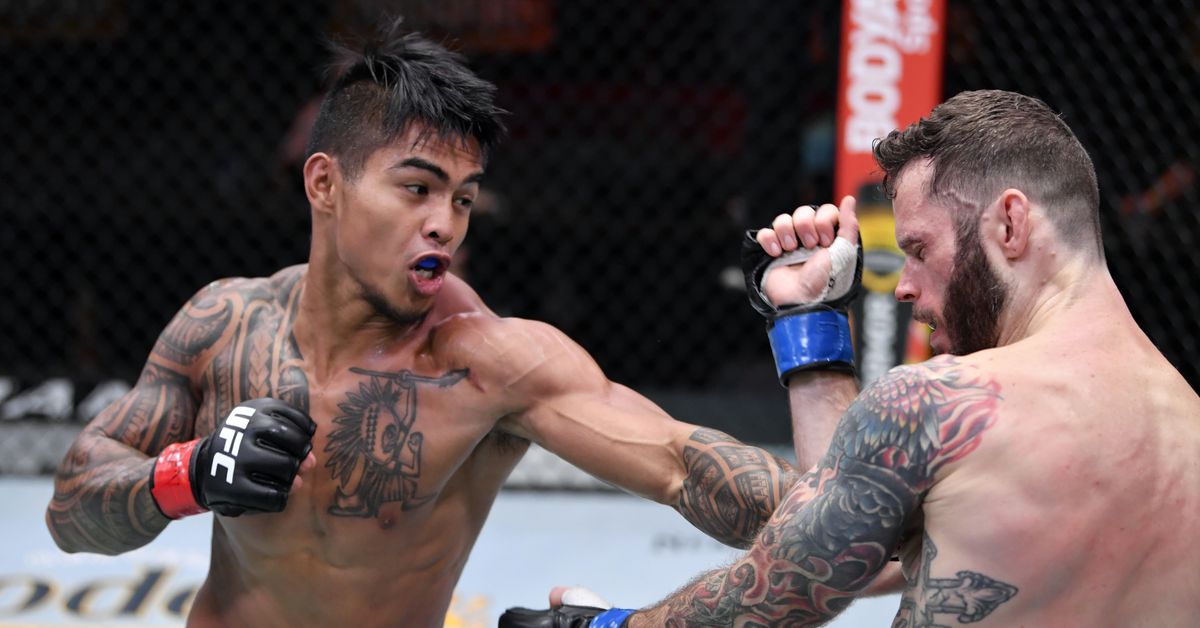 Kai Kamaka III’s time with the UFC is over for now.

MMA Fighting confirmed with sources with knowledge of his situation that featherweight Kamaka (8-4-1) has been released by the UFC following a four-fight run with the promotion. The news was first reported by MMA Island.

In his four UFC appearances, Kamaka compiled a 1-2-1 record. He defeated Tony Kelley by unanimous decision in his debut at UFC 252, then went winless in his next three bouts. The Hawaiian prospect’s past two fights have been eventful, to say the least, as he suffered a widely disputed split decision loss to T.J. Brown and then went to a majority draw against Daniel Chavez in July after losing a point due to a pair of fouls in the second round.

Kamaka, 26, had previously competed for Bellator, as well as the Legacy Fighting Alliance and King of the Cage. He signed with the UFC in 2020 on the strength of a five-fight win streak.