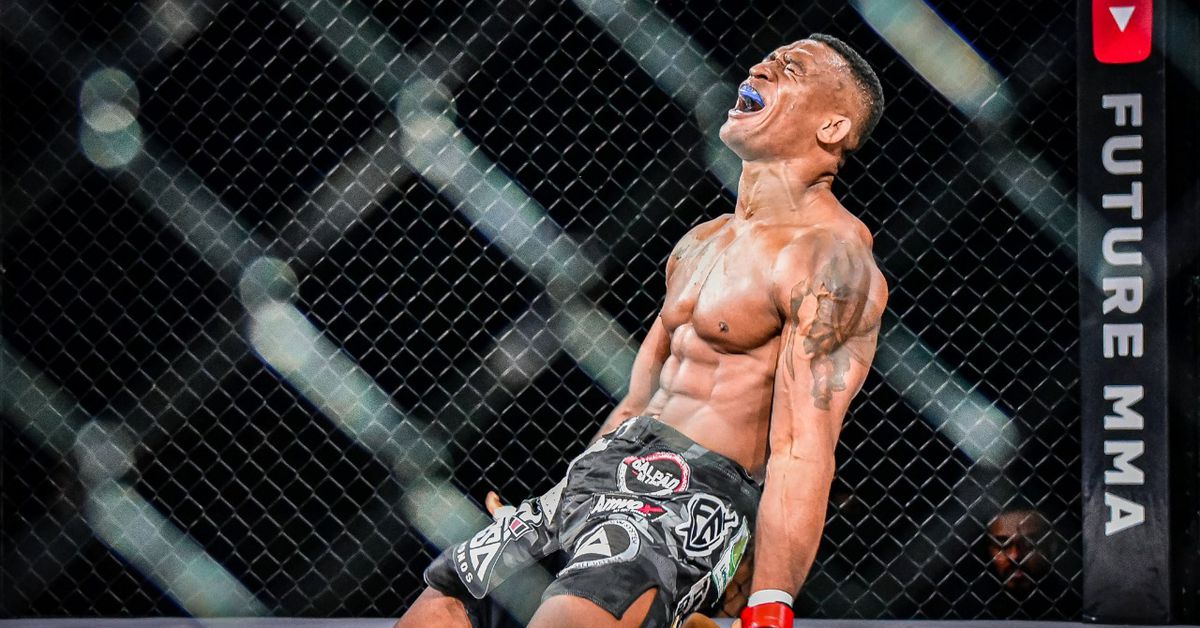 One of Brazil’s top 10 prospects to watch in 2021, Jailton Junior hopes to finally fulfill his dream and earn a shot in the UFC after dispatching another opponent in his native country.

“Malhadinho” won his eighth in a row, with seven first-round finishes, in two and a half years on the regional circuit, including arm-triangle chokes over ex-UFC talents Ednaldo Oliveira and Ildemar Alcantara. On Sunday night, he made short work of 66-fight veteran Edvaldo de Oliveira for the Thunder Fight light heavyweight belt in Sao Paulo, forcing the tap with a rear-naked choke in just under four minutes.

Junior wanted the stoppage “to impress UFC matchmakers” Mick Maynard and Sean Shelby, and is confident it was enough.

“It was an easy fight, thank God,” Junior told MMA Fighting. “I was able to impose my game, something no one does in my weight class in the UFC. So I’m here to ask UFC matchmakers to give me a chance to be part [of the UFC].

“Belts, I have two. I’m the No. 1 in Brazil two years in a row. There’s nothing left. Give me an opportunity to show my work there.”

Junior is 13-2 as a professional with 13 stoppages, and compares his game to one of UFC’s all-time best.

“It’s a different game, Khabib-style. No one can stop that game,” he said. “I’m very versatile, I can trade on the feet and take you down. I watch a lot of videos of Khabib [Nurmagomedov] and try to do his game as much as possible. It’s an aggressive style, takedowns and submissions or ground and pound finish. Khabib is a reference for me.”

Nurmagomedov retired as one of the greatest lightweights of all times with a record of 29-0, and recently Khamzat Chimaev has made a lot of noise inside the octagon with a somewhat similar style. “Malhadinho” vows to be “the third Khabib in the UFC,” and is “just waiting for my spot.”

Junior competed all the way from welterweight to heavyweight on the Brazilian circuit, but feels at his best at either 205 pounds or heavyweight. If given a chance in the big leagues, Junior would prefer to join his teammate Carlos Felipe in the UFC heavyweight class.

“Based on my record, having fought two UFC veterans, I don’t have to show my worth in the Contender Series,” he said. “I want to go straight to the UFC and kick that door down. I’ll call for the top contenders and go for it after my first win there.”