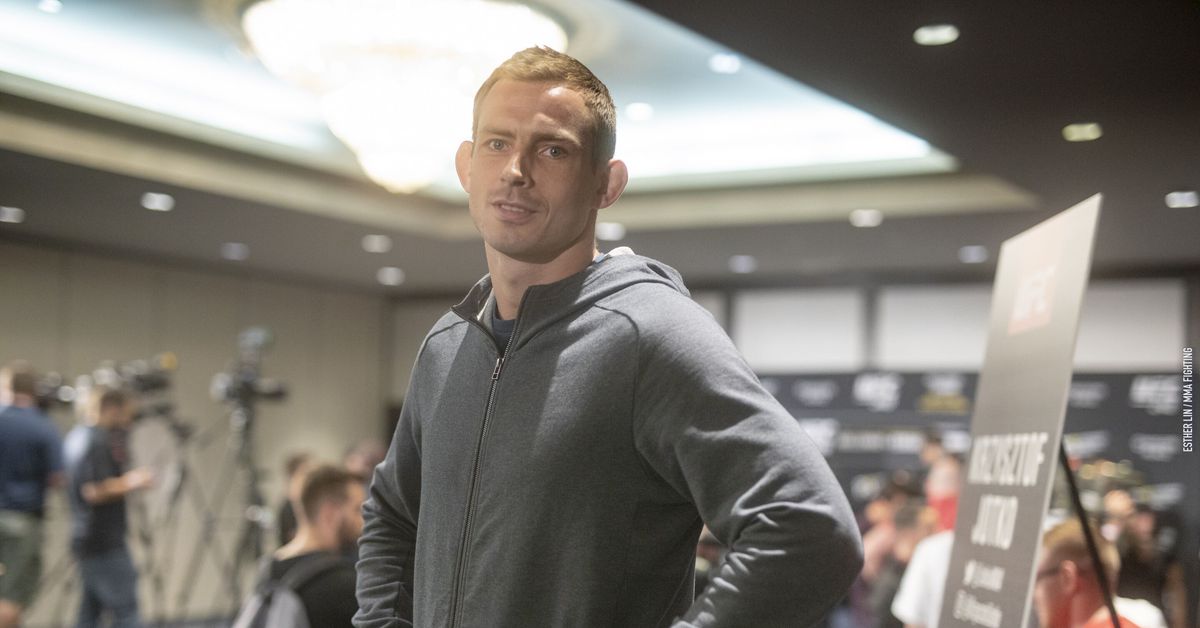 Krzysztof Jotko is out of his fight with Makhmud Muradov.

The Polish veteran announced Sunday that a broken toe has forced him to withdraw from a middleweight bout opposite Muradov, which was scheduled to take place on Oct. 31 at UFC APEX in Las Vegas.

Unfortunetly, my next fight against Makhmud won’t happen. This camp wasn’t easy from the start. Few days ago at sparrings I broke my toe, so there is no way to fight. So sorry @MakhmudMuradov that I’m out from the fight with 2 weeks notice. Hope to see you soon in the octagon! pic.twitter.com/ooavRqnAfC

“Unfortunately, my next fight against Makhmud won’t happen,” Jotko wrote. “This camp wasn’t easy from the start. Few days ago at sparrings I broke my toe, so there is no way to fight.

“So sorry Makhmud Muradov that I’m out from the fight with two weeks’ notice. Hope to see you soon in the octagon!”

This was to be Jotko’s second appearance of 2020 following a unanimous decision win over Eryk Anders in May. Jotko (22-4) has won three straight fights by decision to boost his UFC record to 9-4.

Muradov (24-6) is currently on a 13-fight win streak. He was victorious in his first two UFC appearances, defeating Trevor Smith by third-round KO in his most recent outing in December.

Two previously scheduled 2020 bouts for Muradov also failed to materialize. A March meeting with Antonio Carlos Junior was canceled when “Shoeface” withdrew due to an injury and a fight with Karl Roberson at UFC 249 fell through when that April event was canceled due to coronavirus precautions.