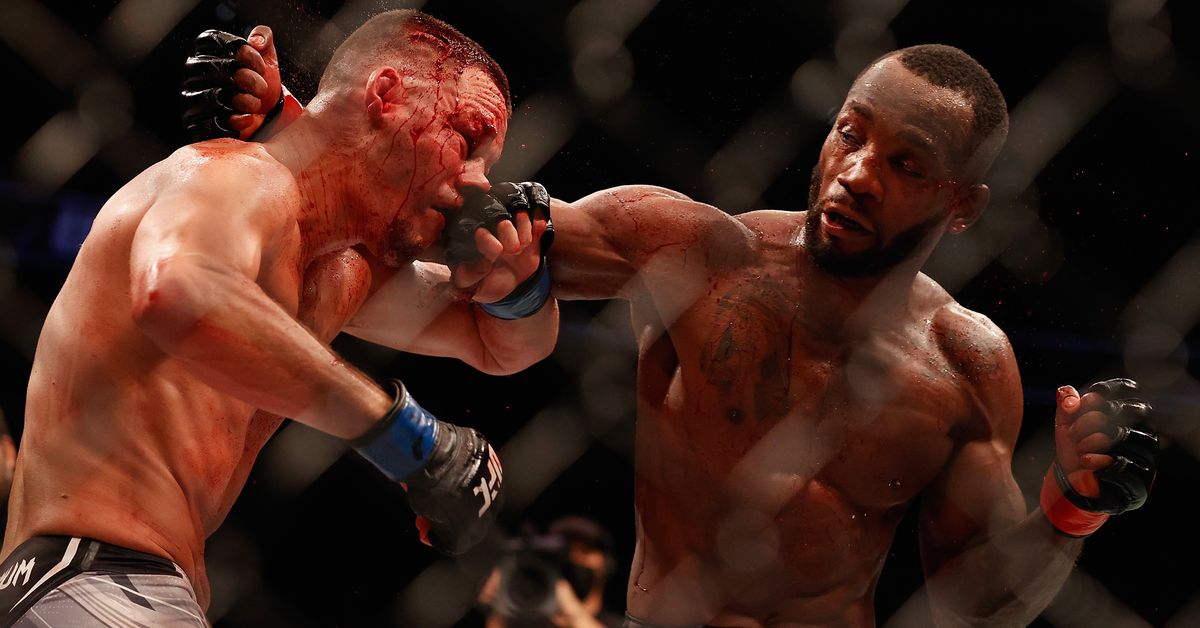 Leon Edwards has a huge problem with anyone claiming that he’s somehow been avoiding certain opponents while putting together an impressive nine-fight winning streak.

Perhaps the person at the top of Edwards’ hit list is fellow welterweight contender Gilbert Burns, who has publicly called him a “coward” while waiting for a possible title shot rather than accepting challenges from other fighters in his division.

“He’s an ugly bastard, that’s what I say to him,” Edwards said about Burns when appearing on The MMA Hour. “Everything he posts on social media is talking sh*t. You put his name and ‘I”ll fight anybody’ but really he won’t. He’s doing it just to keep his name relevant.”

Burns has called out Edwards numerous times in the past but the matchup has never actually come together.

More recently, Burns started pursuing Jorge Masvidal as a possible opponent because Edwards had said back in September that he wasn’t interested in a matchup against a fighter who was “coming off a two-fight skid and got [knocked out]’ in his last fight against reigning welterweight champion Kamaru Usman.

Obviously, Edwards changed his position after the promotion made serious overtures about booking him against Masvidal with the fight scheduled for UFC 269 on Dec. 11.

Regardless of the fight that’s now booked, Edwards vehemently denied that he’s ever avoided anybody the UFC has offered him, especially when looking at the list of opponents he’s been contracted to face over the past two years.

Of course, Edwards has faced criticism from plenty of welterweights over the past couple of years as he’s climbed closer and closer to title contention but he’s trying his best to just avoid it these days.

Edwards knows he’ll never be able to please everyone no matter what choices he makes with his career, which is why he’s now just stayed focused on his showdown with Masvidal on Dec. 11 and then hopefully moving onto a title shot afterwards.

“It’s a mad world. The MMA world is mad,” Edwards said. “I’ve come to realize that these people are crazy. I can’t sit and listen to it. I keep doing my thing and stay focused on the task at hand. You can’t pay too much attention to it. It will drive you mad.

“Some of the things I see on social media it’s like what’s going on? Everyone out there is tweeting and talking sh*t but I’m the only one that’s making moves. I’m the only one that’s putting it all on the line. I’ve grown into a title shot but I’m taking a back step, fighting No. 6 [ranked UFC fighter] in the world to then fight for a title. It’s all good. Let them talk.”