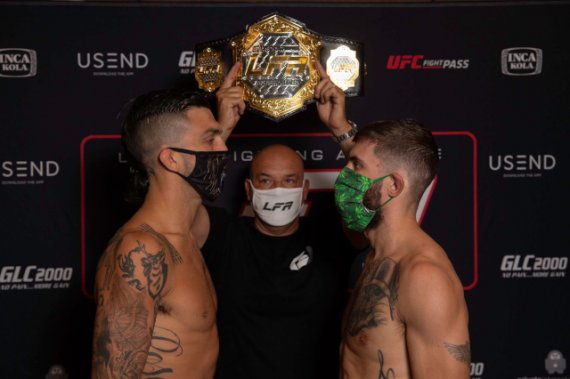 The
Legacy Fighting Alliance wraps up its month of title fights
this week with LFA
87, and the seven-fight card is now official as all fighters
made weight.

Ending July with a bang is a vacant lightweight championship affair
as Bryce
Logan takes on Jacob
Rosales. Logan (11-4) is riding a three-fight win streak inside
the promotion, although he did lose bouts to Demarques
Jackson and Nate
Andrews elsewhere. His most recent appearances saw him pick up
decision victories over Jonas Flok
and Kenneth
Glenn. Logan will look to capture his first championship, and
had no issue making weight by coming in at 154.6 pounds.

Another lightweight that is undefeated under the LFA banner is
Rosales (12-5). “Lil’ Badger” has won five of his last six bouts
including a decision win over Salaiman
Ahmadyar. The California native came in right at the
lightweight limit of 155 pounds.