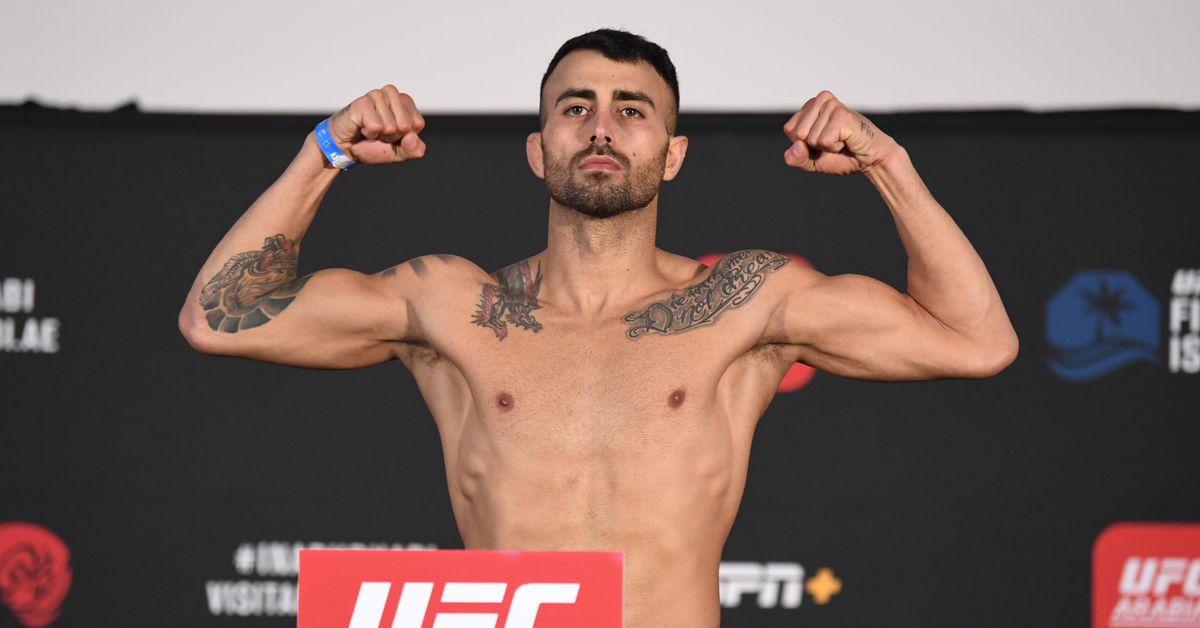 An upcoming June UFC card is shaping up with a pair of octagon veterans booked for the show.

Officials announced Tuesday that Makwan Amirkhani (16-5) will face Nate Landwehr (14-4) in a featherweight bout and Tom Breese (12-3) will face Antonio Arroyo (9-4) in a middleweight bout on June 5 at a location still to be determined.

All four fighters seek a return to the win column after losing their most recent fights.

Amirkhani dropped a unanimous decision to Edson Barboza in October and went 1-1 in 2020. Prior to that, he submitted Danny Henry with an anaconda choke in the first round of their meeting at UFC 251. Amirkhani is 3-2 in his past five appearances and 6-3 in the UFC overall.

Landwehr, a former M-1 Global featherweight champion, is 1-2 in the UFC since debuting with the promotion in January of this past year. He has sandwiched a unanimous decision win over Darren Elkins with first-round knockout losses to Julian Erosa and Herbert Burns.

The Amirkhani vs. Landwehr bout was first reported by MMA DNA.

Breese has alternated wins and losses in his past five outings. He lost by first-round TKO to Brendan Allen in February of last year, then rebounded with a first-round TKO of his own when he fought KB Bhullar in October. In his first appearance of 2021 this past January, Breese was submitted in the second round by Omari Akhmedov. The former welterweight has a 5-3 record overall in the UFC.

Arroyo seeks his first UFC victory after being signed off of the Contender Series in his second try in 2019. He has since lost back-to-back decisions to Deron Winn and Andre Muniz.

The Breese vs. Arroyo bout was first reported by SUPER LUTAS.